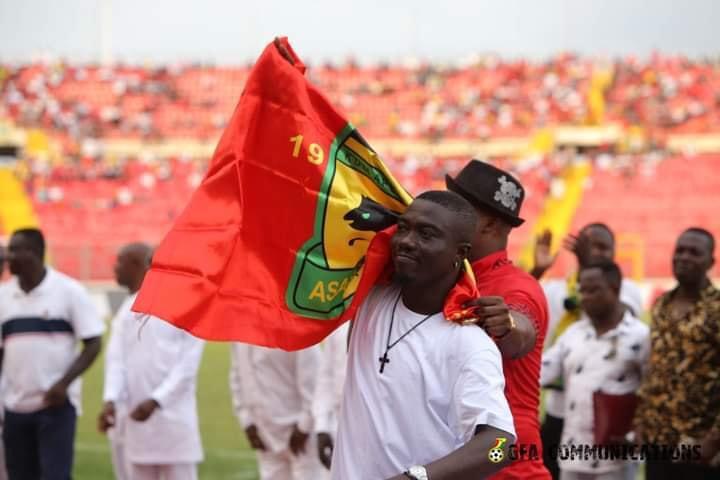 The former Hearts of Oak winger was in attendance at the Baba Yara Sports Stadium on Sunday when Kotoko were crowned  Ghana Premier League champions.

Don Bortey joined Asante Kotoko legends during the trophy parade at the stadium prior to kick off.

The former Ghana international was seen flirting with Asante Kotoko during the ceremony which has angered a lot of Hearts of Oak fans because of the rivalry between the two teams.

According to him, it was an honor to attend the ceremony and he felt the club had showed him great respect by inviting him.

“It’s a big honor to me as Bernard Don Bortey to be invited by Asante Kotoko legends for the coronation game. I was invited as a special guest. They have given me the respect.

“Even though I didn’t play for Asante Kotoko, they have showed me love as a player and person. This is football and not all of us can play for both Hearts of Oak and Asante Kotoko. They love me as a person.

“I worked for Hearts of Oak and after that they don’t know me again. They dont allow the old players to get closer to the team. I dont think the current players know some of us”, he added.