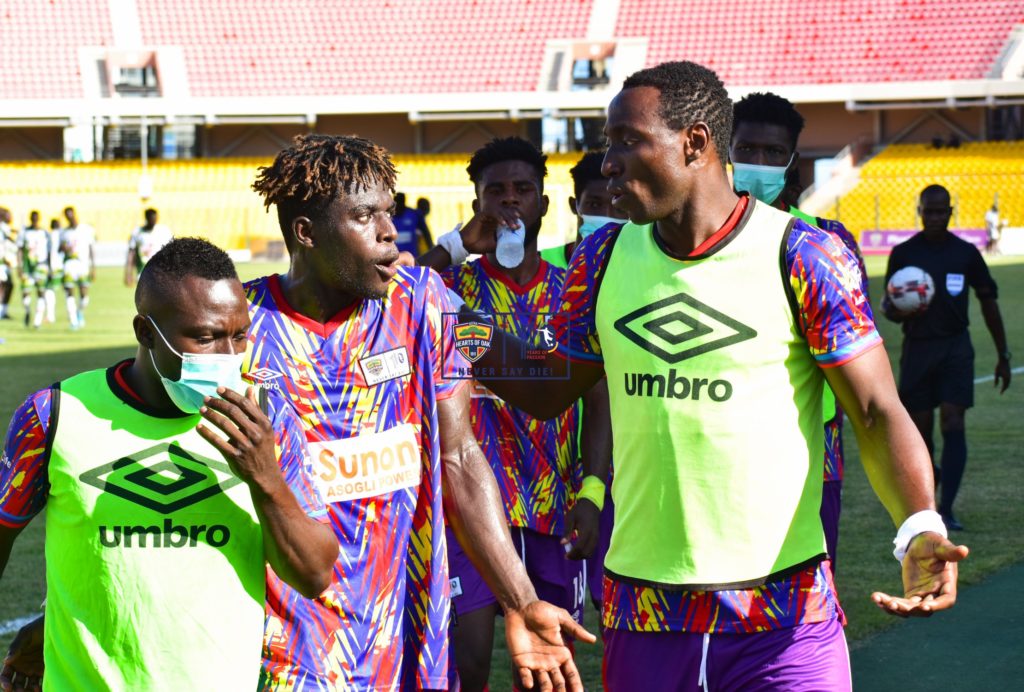 Their opponent scored two goals in an entertaining six goal-thriller.

The Phobians are using the match as a dress rehearsal ahead of their CAF Champions league tie against the Moroccan powerhouse this month.

Hearts dispatched Guinea side CI Kamsar 2-0 to setup a date with the North African giants.

The Phobians will host the first leg at the Accra Sports Stadium before going to Casablanca for the second leg in October.

The winner of the tie will qualify to the group stages of the Champions League while the loser drops the CAF Confederation Cup.