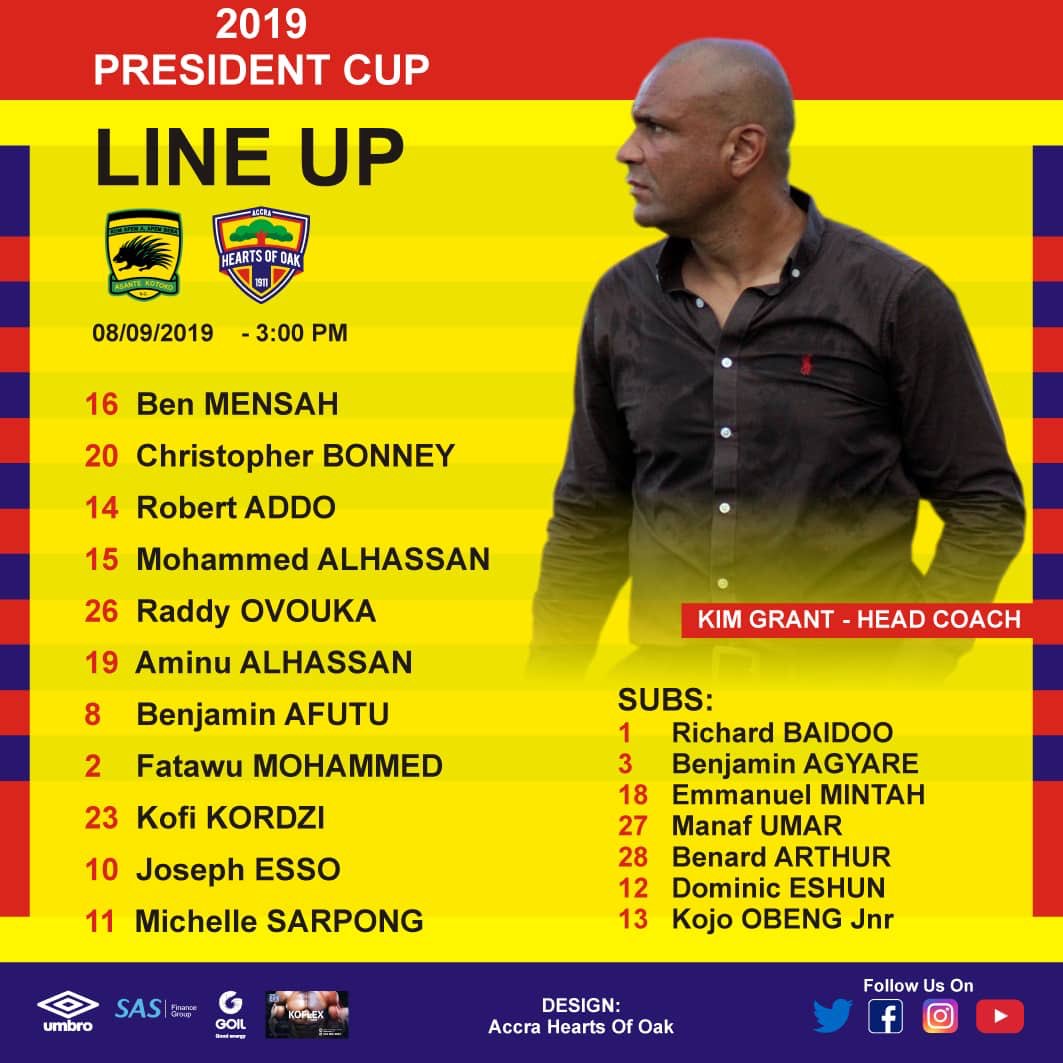 Hearts of Oak head coach Kim Grant has named a strong squad to they go toe to toe with rivals Asante Kotoko SC in the 2019 President's Cup at the Baba Yara stadium on Sunday.

The ex-Ghana striker has selected Benjamin Mensah as his goalkeeper since Richmond Ayi is away with Ghana U23 team.

The Phobians will have a three-man midfield with Benjamin Afutu, Aminu Alhassan and youngster Michelle Sarpong.

New signings Bernard Arthur, Dominic Eshun and Emmanuel Mintah are all on the bench.