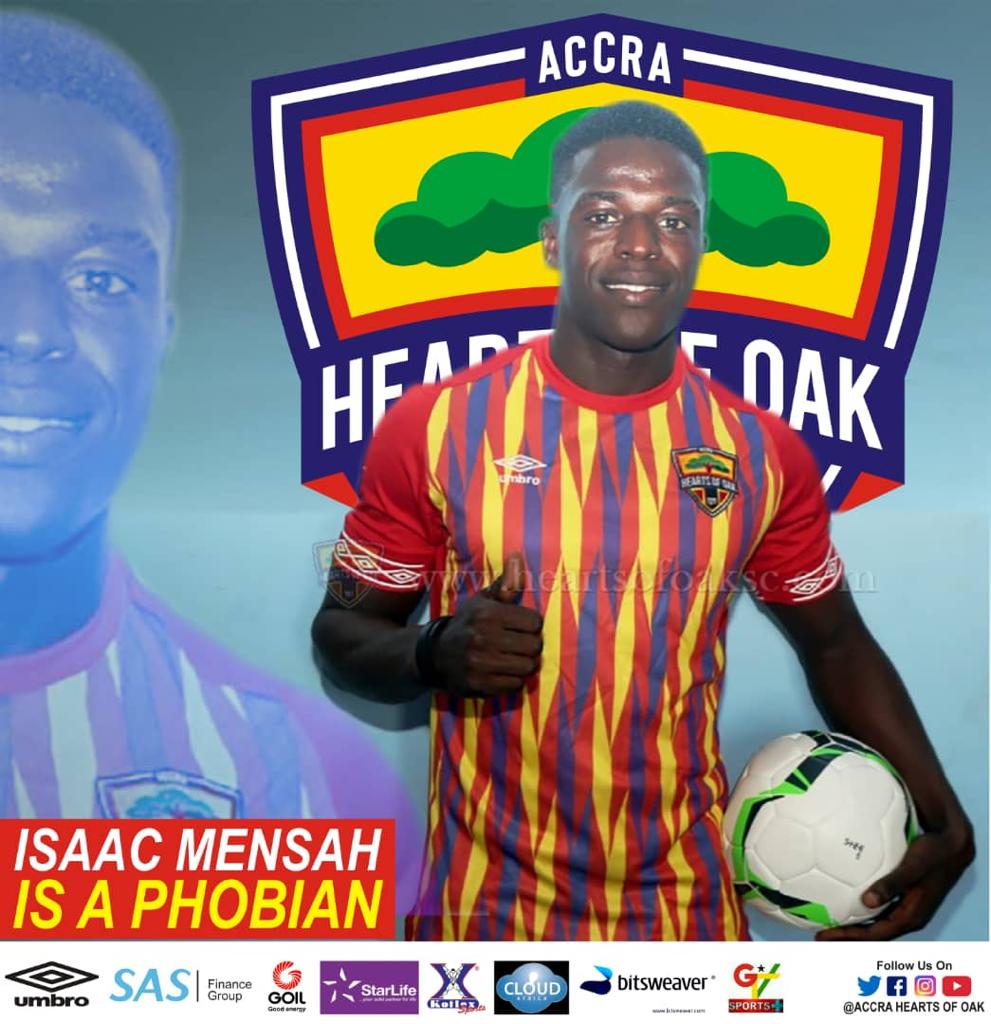 Highly-rated striker Isaac Mensah is heading to Hearts of Oak in a very confident mind frame after signing for the Capital-based club.

He signed for the Phobians on a three-year deal from second-tier side  Nkoranza Warriors.

Before joining Hearts, the striker had a short spell with Liberty Professionals, but when the deal fell through at the last minute, he reverted to his Division Two side, Royal Sporting Club, until Nkoranza Warriors snapped him up last December to feature in the 2019/2020 season.

His signing has been welcomed by fans and they expect him to bang in the goals when the new season gets underway.  And the teenager is confident of impressing the demanding fans of the club.

“As a young striker, pressure from the club is not too much for me. God is King; no pressure will overwhelm me. I will survive though they have a large following supporting the club,” he assured.

“The club knows what I am capable of doing, which is why they signed me into their fold,” he added.

Mensah shot to prominence in March when he scored four goals against Gbewaa FC in a Division One League match.