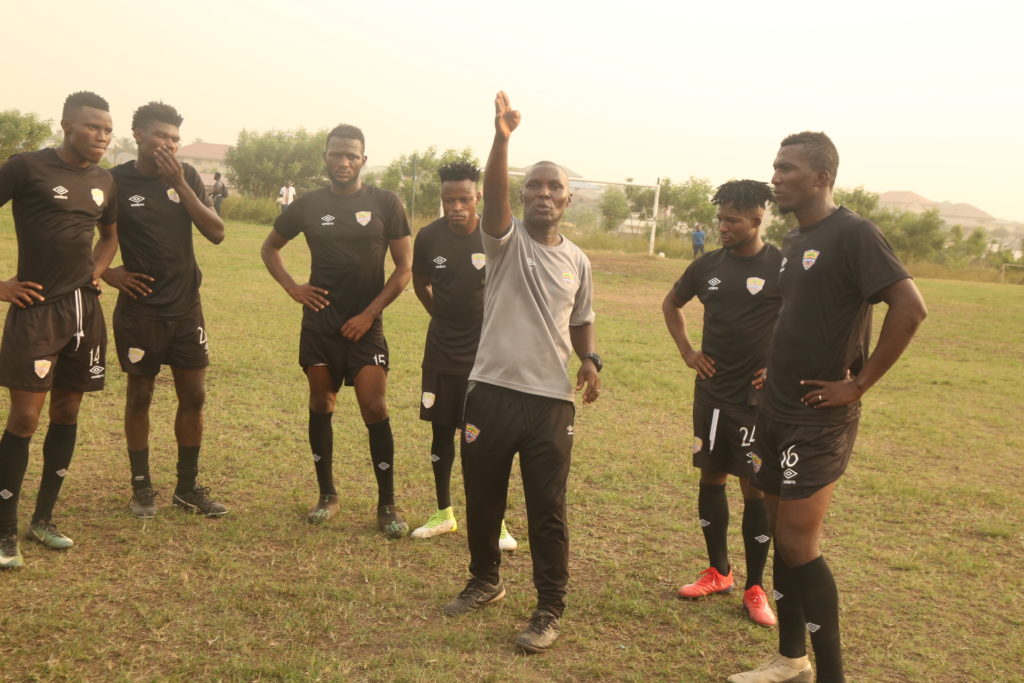 New Hearts of Oak signing Abednego Tetteh could be handed his debut in the Super Clash against Asante Kotoko on Sunday.

The towering sharp-shooter was heavily reported to have signed the dotted lines to join the Phobians.

Though he has not been unveiled, the 29-year-old could mark his league debut for the club against fiercest adversaries Asante Kotoko in Week 6 of the ongoing Ghana Premier League at the Accra Sports Stadium on Sunday.

Tetteh was spotted with the rest of the team as they went through drills at the club's Pobiman training complex on Friday.

He was a member of the Bechem United team that won the FA Cup in 2016 before leaving the shores of Ghana to play for Sudanese giants Al Hilal.