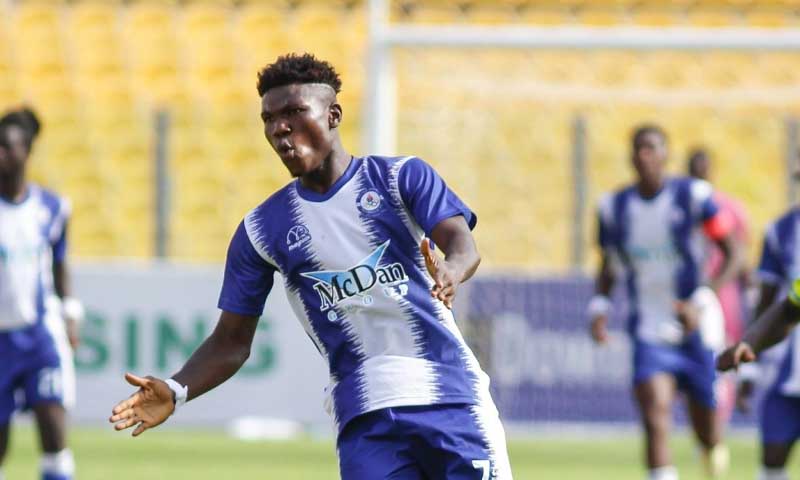 An official of Hearts of Oak has denied reports that the club have signed forward Maxwell Abbey Quaye on a free transfer according to Pure FM in Kumasi.

Several reports on transfer deadline day on Monday night that the 24-year-old attacker has signed for the Phobians after leaving Great Olympics.

The reports suggest the highly-rated attacker left Olympics after his contract with the club run out making him a free agent.

However, the Ghanaian giants haven't announced the signing of Abbey Quaye yet.

Olympics General Manager Oluboi Commodore claims there have been no contact between the two clubs for a deal to be struck.

Pure FM report that Hearts' Administrative Manager and Head of Finance, Hackman Aidoo has denied the reports claiming the Phobians have acquired the services of Abbey Quaye.

The forward scored 10 goals in 27 appearances for Olympics in the Ghana Premier League last season and is currently part of the home based Ghana national team.