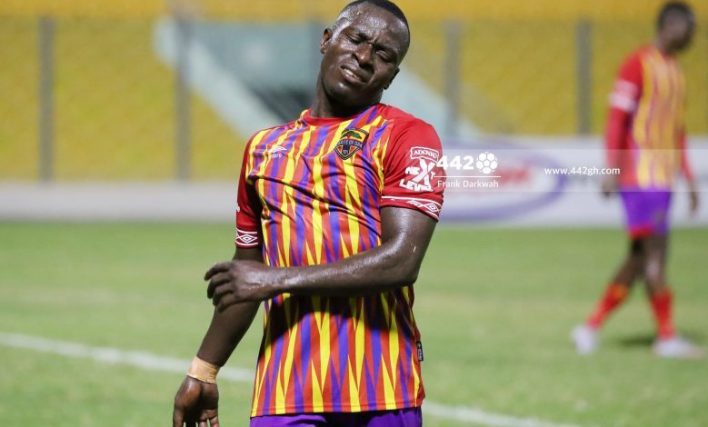 Hearts of Oak have announced that Patrick Razak and three other players' contracts will not be renewed ahead of the new season.

William Dankyi, Larry Sumaila Ibrahim, and Manaf Umar are the others. This means the quartets' time at the club is over.

The Phobians also announced that they have begun the process of terminating the contracts of striker Kofi Kordzi and defender Frederick Ansah Botchwah, as earlier revealed by Ghanasoccernet.

"Accra Hearts of Oak has officially notified Kofi Kordzi and Ansah Botchway that they are surplus to requirement. Both parties are in the process to mutually terminate their contracts," Hearts announced on Tuesday.

"Meanwhile, the club has also informed Patrick Razak, William Dankyi, Larry Sumaila Ibrahim and Manaf Umar that their contracts will not be renewed. We wish to thank them for their services during their stay with the club and wish them all the best in their future endeavours."

Razak rejoined the club in 2020 after a failed stint in Guinea with AC Horoya and helped the Phobians win the Ghana Premier League and MTN FA Cup twice.

The winger scored the winning goal as Hearts of Oak beat Asante Kotoko in the President's Cup last season.

For Manaf, he is a graduate of Hearts of Oak's popular Auroras (youth team).