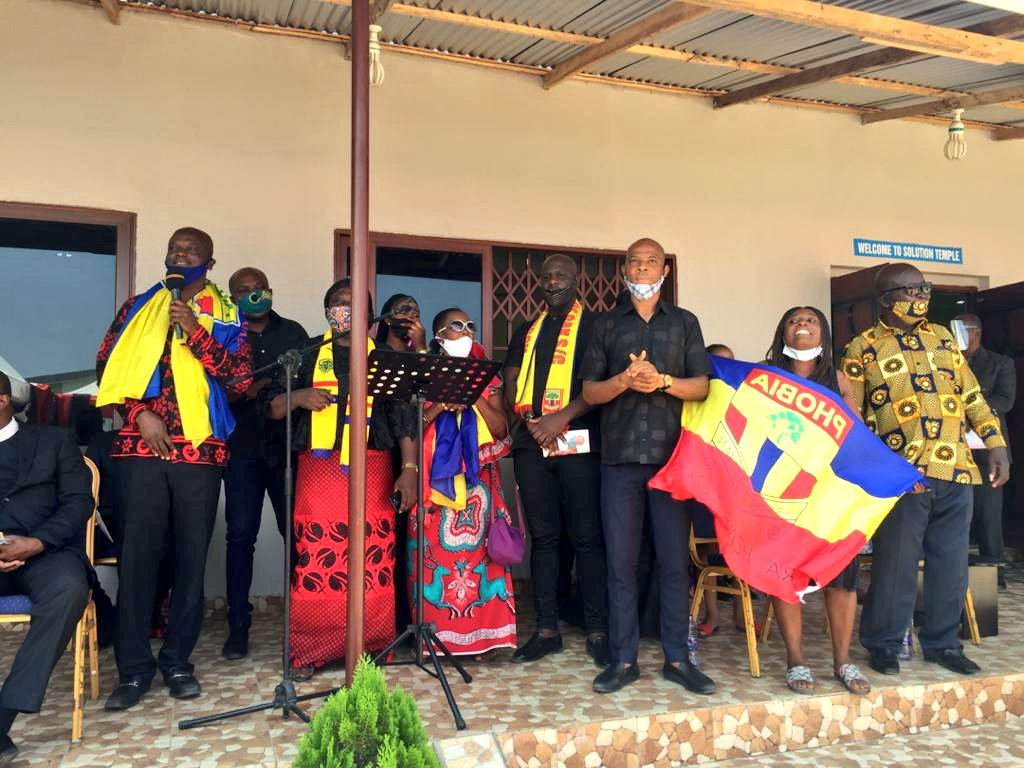 A delegation from Hearts of Oak attended the final funeral rights of the late mother of former captain Mahatma Otoo.

The group which included the Public Relations Officer of the club, Opare Addo were there to pay their final respect to the mother of the Turkey based player.

The former Phobian lost his mother, Love Habibatu Ankrah in March this year after battling illness, but she was buried on Saturday July 25.

"A delegation from Hearts of Oak today attended the final funeral rites ceremony of the late mother of our former captain, Mahatma Otoo," the club posted on Twitter.

Mahatma Otoo played for Hearts of Oak between 2009 to 2013, and was captain of the club before leaving to start his career abroAD.

He made 117 appearances for the club, scoring 56 times.