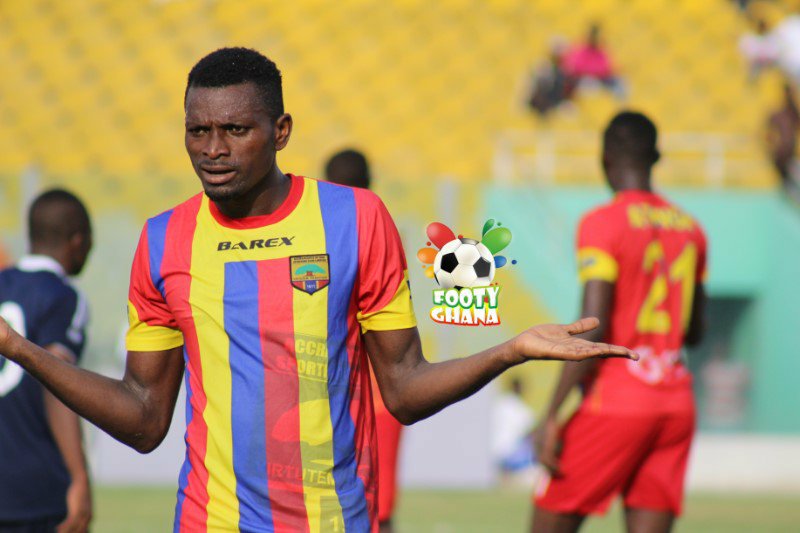 Hearts of Oak have vehemently rejected the chance to re-sign former midfielder Leonard Tawiah after making himself available.

Tawiah parted company with the Phobians in 2017 after refusing to renew his contract just after the FA Cup final defeat to sworn rivals Asante Kotoko SC.

The lanky midfielder left the club with other key players like skipper Thomas Abbey, Kwame Kizito and Vincent Atinga as they all rejected new deals from the Rainbow club.

The 27-year-old has returned to Ghana in search for a new club and he offered himself to rejoin the Ghanaian giants.

GHANAsoccernet.com understands that Hearts of Oak remain bitter about Tawiah's departure in 2017 and have vowed not to take him back at the club.