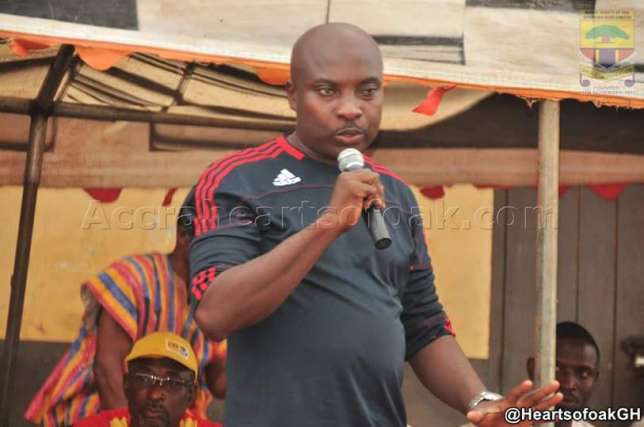 Communications Director of Hearts of Oak, Opare Addo has counseled Yaw Annor after AshantiGold SC forward claimed the Phobians resorted to the use of black magic (Juju) during their Ghana Premier League matchday 19 clash.

AshantiGold SC put breaks on Hearts of Oak’s six-match unbeaten after inflicting 1-0 defeat on their opponents at the Obuasi Len Clay on Saturday.

It was the first victory for the Miners against the Rainbow lads since 2013.

In the aftermath of the game, AshantiGold attacker Yaw Annor made a serious allegation against their counterparts — saying Hearts of Oak should resfrain from using Juju to play football in this modern time.

Annor’s remarks did not go well for the Accra-based giants, and Opare, who is the spokesman of the club, saying he is waiting for Annor to show an evidence to back his claim.

‘As a professional player like Yaw Annor, I want to advise him to be very careful in choosing his words before he uses them. If Yaw Annor says Hearts of oak used Juju in Obuasi Lan-clay Sports Stadium, did he have any evidence and why did they prevent Hearts of Oak captain, Fatawu Mohammed from entering the pitch before Ashgold?’ Opare Addo said on Asempa FM.

“Even an Ash-Gold player went to Hearts of Oak’s goal post and shook the net. That one too should we [Hearts of Oak] also call it as a Juju?’ he added.

Hearts of Oak’s are floating on 4th spot with 30 points whiles AshantiGold are sitting on 9th with 26 points from 19 outings.