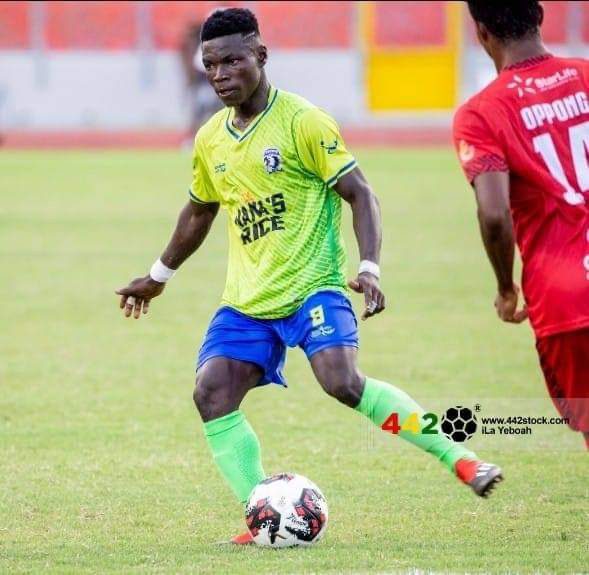 Hearts of Oak ave have made their first signing ahead of the upcoming 2022/23 season, acquiring Francis Twene.

Ghanasoccernet can reveal the midfielder transferred from Bechem United to the capital club on Tuesday.

Twene passed his medical on Tuesday in Accra, paving the way for him to sign his contract.

Twene began his career with Berekum Chelsea but was unable to make an impact, making only one appearance before moving on to his current club.

Twene joined Bechem United in 2020 and has made over 50 appearances, playing an important role in the team reaching the final of the FA Cup this year.

Hearts of Oak will be returning to Africa, and he is one of many players deemed fit to assist the team in their campaign.