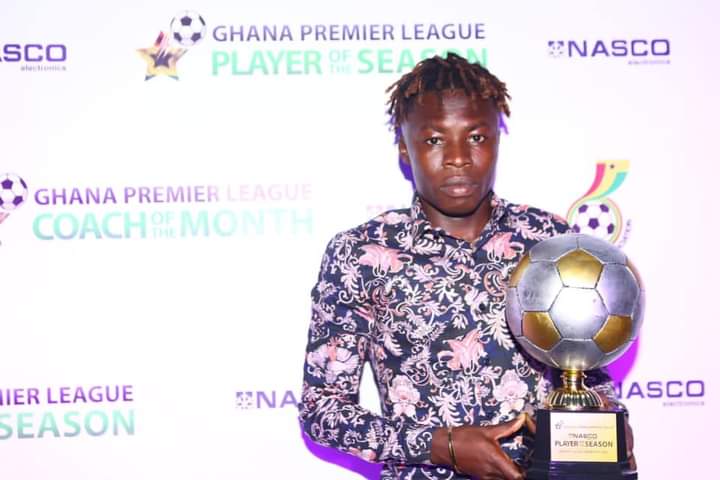 Hearts of Oak star Salifu Ibrahim beat off competition from four other players to win the NASCO Ghana Premier League Player of the Season Award.

Salifu was impressive at Eleven Wonders as he won multiple Ghana Premier League Man of the Match Awards before joining Hearts of Oak in the second transfer window.

The left-footed player joined Hearts of Oak and walked straight into the first team.

He played a key role for The Phobians as they won their first Ghana Premier League role in 11 years.

The 21-year old scored three goals in 33 appearances, winning eight MVPs for his side.

Below are the statistics of the five nominees: