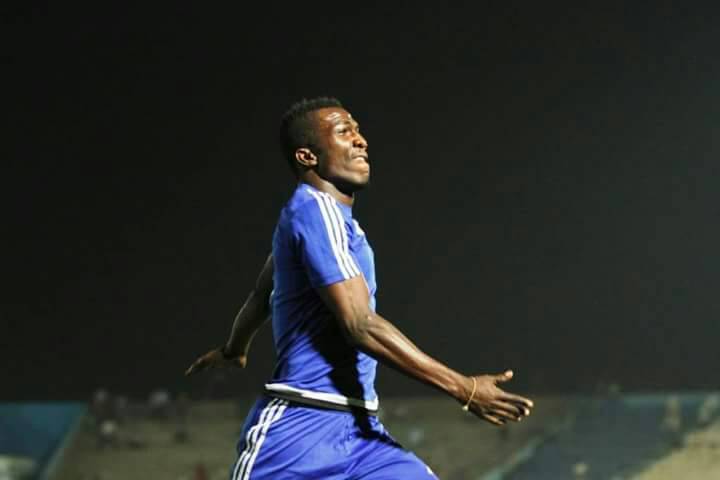 Striker Abednego Tetteh has already planned his goal celebration should he achieve a lifelong dream of scoring for Hearts of Oak.

The Phobians completed the signing of the deadly poacher a couple of months ago but could not register him because they did not receive his ITC on time.

After finally receiving it, the management of Hearts of Oak took advantage of the second transfer window of the season by registering the forward.

In line with his registration, Tetteh will now be available for selection when the Ghana Premier League returns next month when the ban on sporting activities is lifted.

Tetteh — whose father was an avid Hearts of Oak fan — passed away a couple of months ago.

He admits that he still thinks about his father every day and if he manages to get off the mark for the Rainbow club he will celebrate by paying his respects.

“I will dedicate my first goal at Hearts Of Oak to my late father Anthony Tetteh ‘Phobia’, Tetteh stated on Zylofon FM.

He also intimated that he will be happy to contribute his quota to end Hearts of Oak's 10-year trophy drought.

Tetteh was a member of the Bechem United team that won the FA Cup in 2016 before leaving the shores of Ghana to play for Sudanese giants Al Hilal.