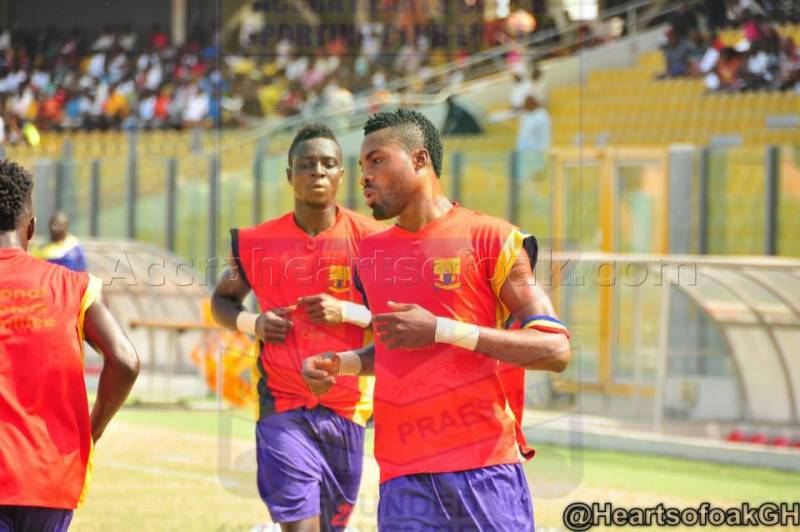 In-form Hearts of Oak striker Kwame Kizito claims he has rejected a lucrative deal to join Ethiopian side Coffee club.

Kizito, following his exploits at the WAFU Cup of Nations, is being chased by clubs abroad with one of those being Coffee.

ECC as popularly known offered Kizito a sign-on fee of $30,000 with a monthly wage of $5000 excluding bonuses.

The striker was also offered a fully furnished apartment but Kizito opted not to sign the contract.

“Yes I had an offer from Coffee Club,” Kizito confirmed to FootballMadeInGhana.com.

“But I didn’t accept it. I have a contract with Hearts and I think I must be patient to develop myself into a better player.”

Kizito’s decision will come as a surprise to many especially in an era where players in Ghana a moving to clubs for offers far less than what is being put forward by ECC.

The striker scored on his return to club football in Hearts’ 2-1 win over Wa All Stars in the semi-finals of the 2017 MTN FA Cup on Sunday.