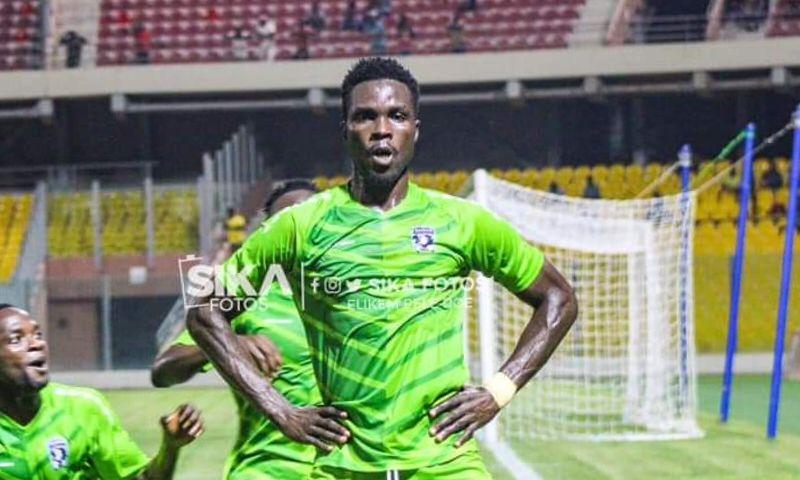 Hearts of Oak have identified Hafiz Konkoni as a potential replacement for outgoing striker Kofi Kordzi, according to reports in the local media.

The Phobians have sanctioned the sale of Kordzi to Qatar. Kordi has landed in the Asian country to finalize his move to Muaither SC.

Initially, Hearts were unwilling to sell Kordzi but they are now set to pocket $150,000 from the deal.

And according to reports, Hearts of Oak will invest the money in buying a new striker.

Bechem United's Hafiz Konkoni is said to be a prime target for the club.

The Ghanaian giants believe Konkoni can fill the void that will be left by Kofi Kordzi once his move is completed.

The Phobians could make an official bid for the player this week.

Konkoni has scored 10 goals in 26 Ghana Premier League appearances since 2018.