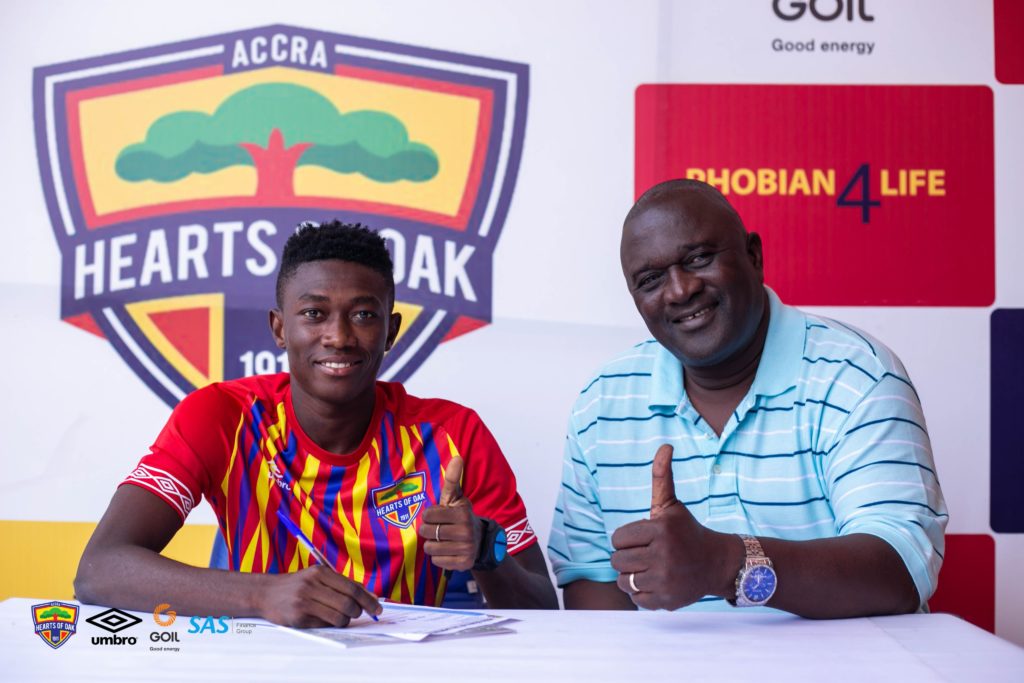 Hearts of Oak promising star Manaf Umar has signed an improved contract with the club.

But terms and duration of the contract remain undisclosed.

A statement on the club's Twitter account read: Attacking midfielder Manaf Umar has signed an improved contract at the club as he looks to take his career to new heights in the famous rainbow colours.''

In January this year, Umar signed his first professional contract after gaining promotion for the club's youth team Auroras.

He exceeded expectations during the Normalisation Committee Special Competition and Hearts have tied him down.

Manaf Umar said after signing his improved contract that he is happy to have committed himself to the club and is looking forward to this new challenge with high hopes of doing very well for the club.#AHOSC❤️💛💙 pic.twitter.com/uZK8NDEw3X