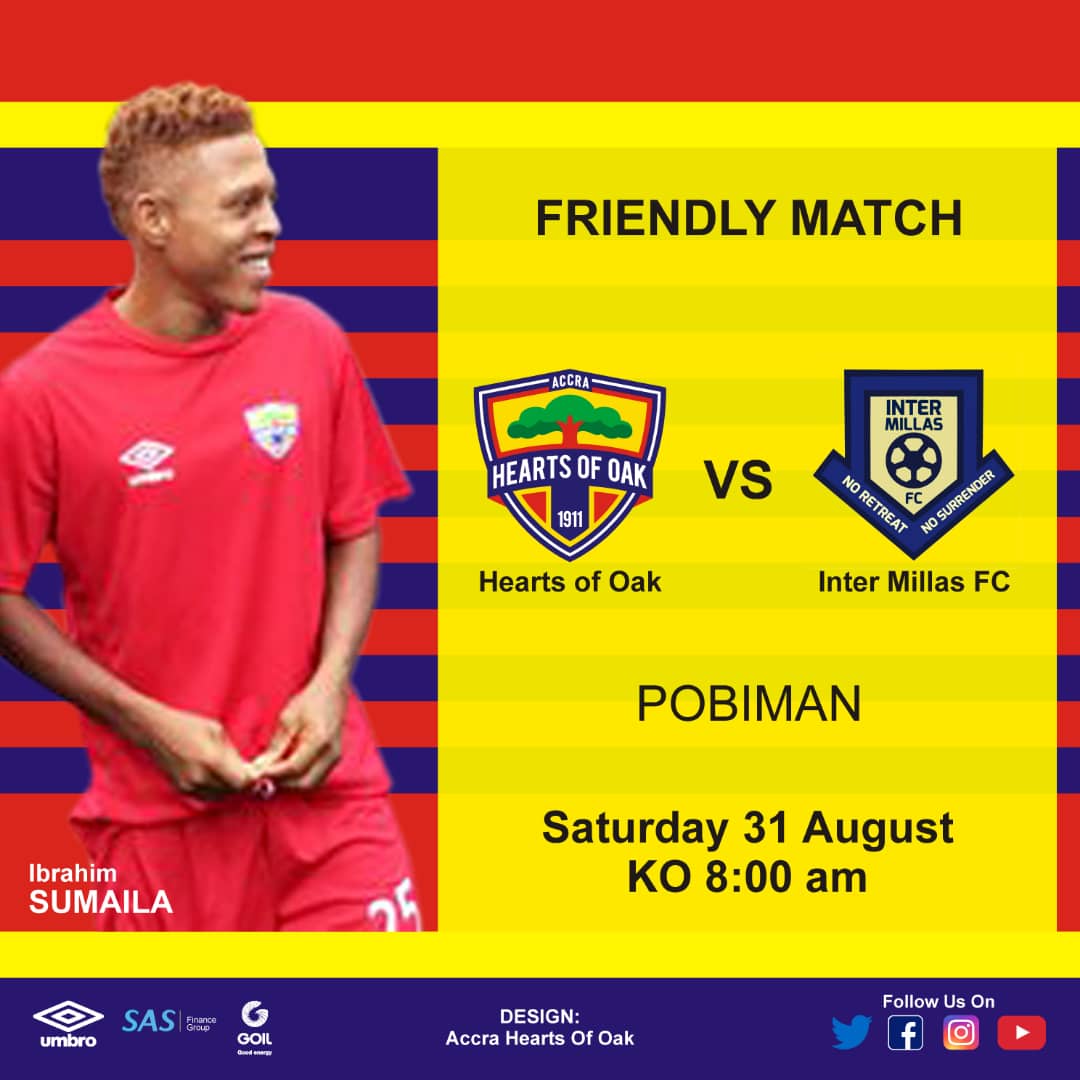 Hearts of Oak have confirmed a friendly match against lower division side Inter Millas Football Club (FC) on Saturday at the Pobiman Park.

The match forms part of their preparations ahead of the President Cup meeting with fierce rivals Asante Kotoko on September 8.

It would be the third friendly the Phobians will be playing in the last 7 days.

First, they traveled to Swedru on Sunday to engage Rock Stars FC which they won narrowly by two goals to one.

Then on Wednesday, September 28, 2019, they hosted Patron SC at the Pobiman Park and eased past them with a 4-1 victory.

The rivalry between the two Ghana Premier League giants will be renewed on Sunday, September 8, 2019, at the Baba Yara Sports Stadium.