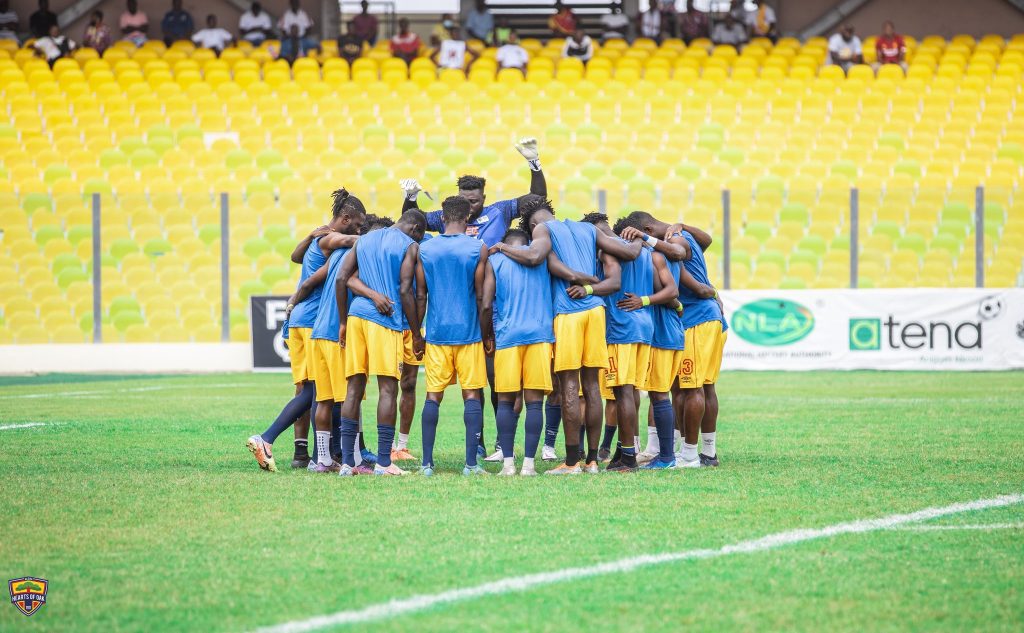 Hearts of Oak will play Tudu Mighty Jets in a friendly match on Tuesday as part of their preparations for the CAF Confederation Cup.

The game will be played at Madina Madina Astroturf and will begin at 1 p.m.

Team Hearts will this afternoon host Tudu Mighty Jets in a friendly game at the Madina Astroturf. Kickoff is 1pm.

We continue to prepare for the @CAFCLCC match against Real Bamako of Mali. #AHOSC#PositiveEnergy pic.twitter.com/j2wH0gTRC0

Following the suspension of the Ghana Premier League due to a court injunction, the Phobians have been forced to play friendlies in order to prepare for next week's match against AS Bamako.

If the league hadn't been suspended, they would have played two competitive games before travelling to Mali for the first leg of the second preliminary round.

Following the departure of Samuel Boadu, Hearts of Oak appointed former Asante Kotoko coach David Ocloo as an assistant and interim coach on Sunday. He began working on Monday.