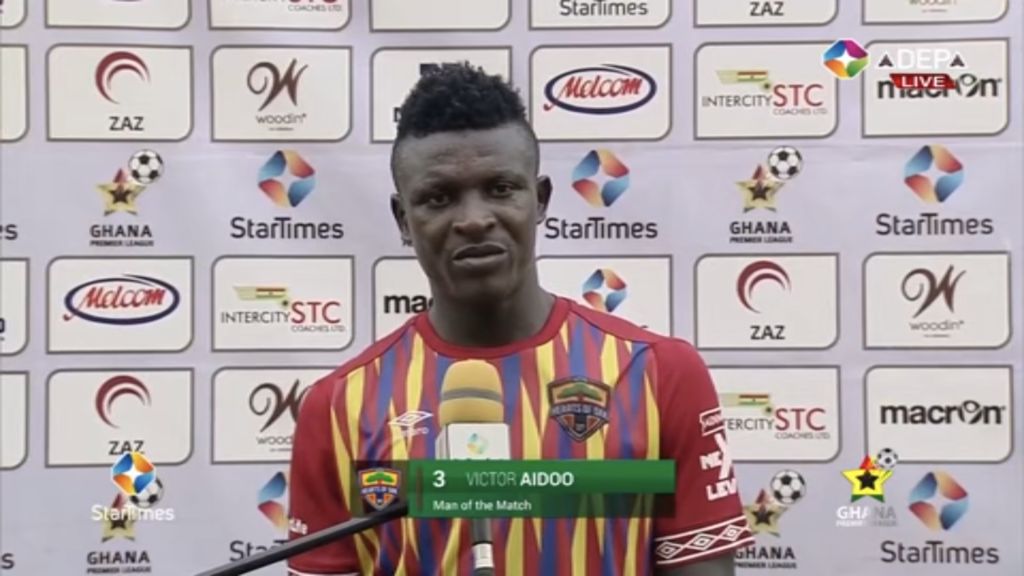 Hearts of Oak striker Victor Aidoo was named the best player in the 3-2 win against Ebusua Dwarfs in Week 15 of the 2020/21 Ghana Premier League campaign.

Hearts of Oak had the better of the exchanges in the first half and deservedly scored two goals but Dwarfs rallied to peg the Phobians until the last minute.

Victor Aidoo broke the deadlock of the encounter with a thumping penalty strike in the 6th minute.

The dead-eye forward extended the hosts lead with the same ball-striking technique from the spot in the 18th minute.

However, Dwarfs reduced the tally with a smart finish from Moro Sumaila. The forward beat Richard Attah at his near post with a toe-poke goal in the 44th minute.

The Crabs restored parity with a penalty from captain Dennis Akosah but the visitors were unable to hold onto the result as Hearts struck deep into injury time to win the game 3-2 via substitute Isaac Mensah.

Aidoo was adjudged the Most Valuable Player on the pitch.

He has netted an impressive six goals from ten league matches for the club so far this term.