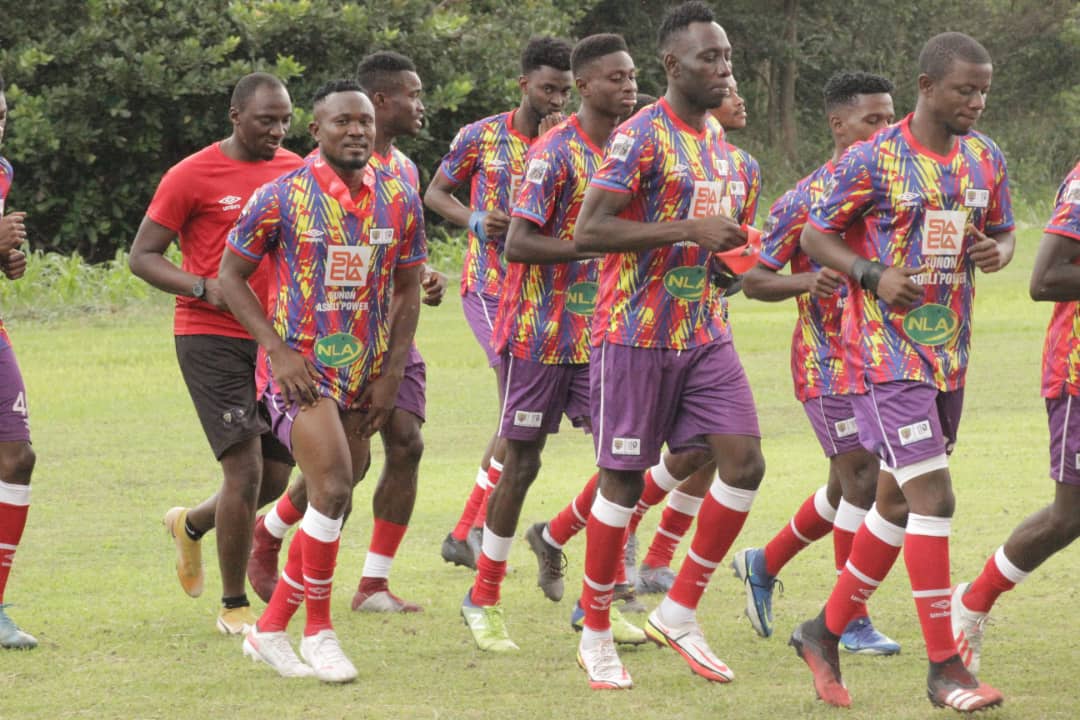 Hearts of Oak continued with their pres-season today when they handed lower-tier side Future Stars a 4-0 mauling in a test match at the Forestry Commission Park in Ejisu.

The Phobians are presently in Ashanti region preparing for towards the upcoming Ghana Premier League and CAF Confederation Cup seasons.

Hearts made their intentions clear early in the game as they opened the scoring in the 17th minute through Kaaba.

The Cameroonian headed home a corner-kick from Inkoom to give the Phobians the lead.

Youngster Baafi netted Hearts' third goal of the afternoon few minutes to the end of the first half.

Hearts paraded a new set of players for the second stanza of the game which included new signing Zakaria Yakubu and Nigerien import Mamane Lawali.

Substitute Enock Asubonteng netted another goal for the Phobians to complete the thrashing of the division one side with 20 minutes to full-time.