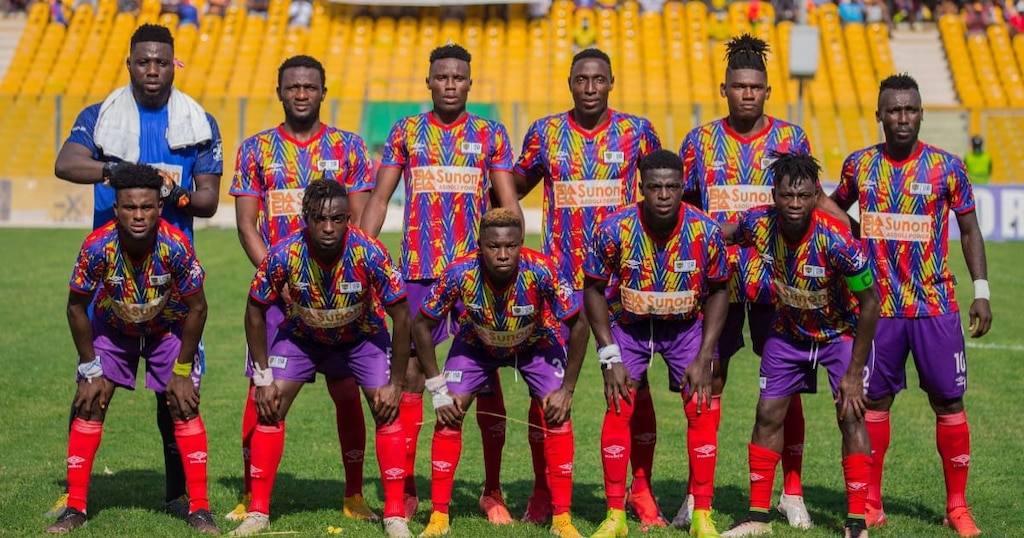 Following a recommendation from the Ghana Health Service, the Ghana Football Association (GFA) has decided to postpone the league match between Techiman Eleven Wonders and Hearts of Oak (GHS).

The decision was communicated to both clubs, who were set to face off on Monday. Instead, the game will be played on Wednesday.

“Our match against Eleven Wonders has been postponed following advice from the Ghana Health Service.

“According to the GHS they are still investigating the cause of the illness that affected the Hearts of Oak team,” Hearts wrote on Twitter.

Hearts of Oak's camp was hit by an unidentified illness just days before their midweek match against Bibiani Gold Stars, which they won by a solitary goal.

Several players were hospitalized, leaving head coach Samuel Boadu with only 16 players for the match.

They did, however, win thanks to Samuel Inkoom's goal from the penalty spot, moving them up to third place in the table.