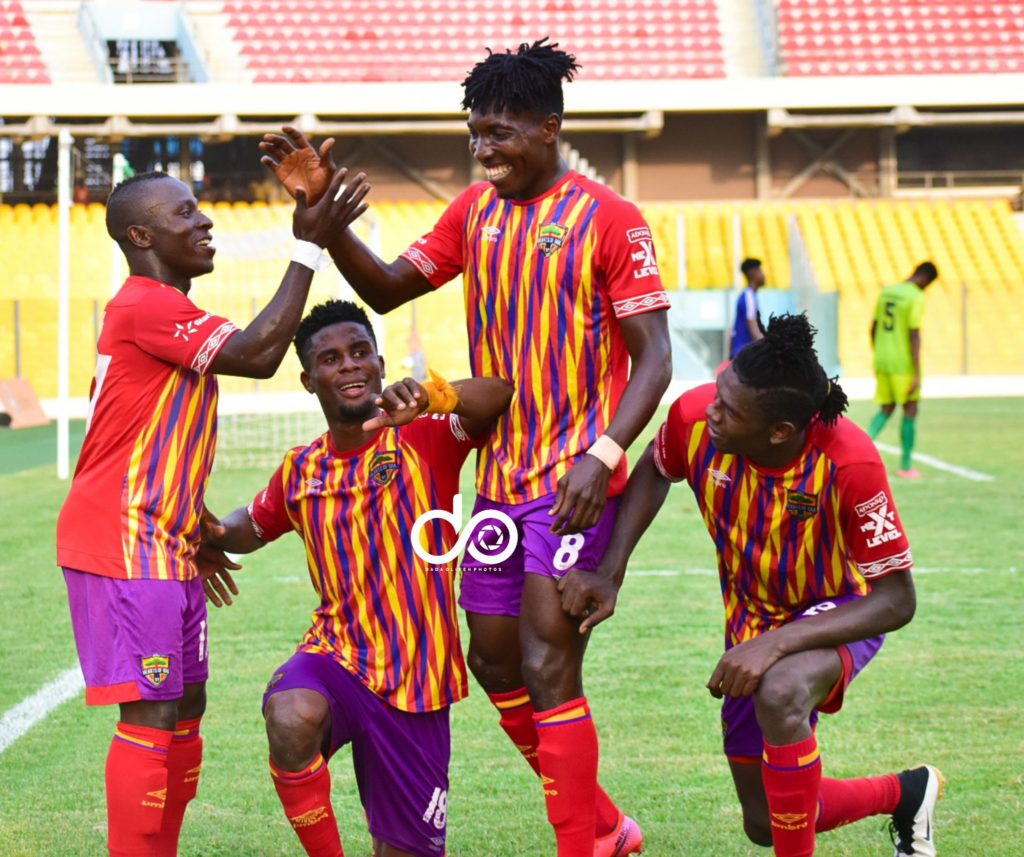 Hearts of Oak recorded the biggest victory of the season on match day seven of the Ghana Premier League after whitewashing league leaders Bechem United 6-1 at the Accra Sports Stadium.

The scoreline is the biggest in the ongoing campaign surpassing Ashantigold’s 4-2 victory over Elmina Sharks a month ago.

After a barren first half, youngster Manaf Umar opened the floodgates with a fabulous strike to make it back to back goals in his last two games.

Victor Aidoo’s brace extended the Phobians lead to 3-0 at 73 minutes before Fredrick Ansah Botwe put the game beyond the Hunters after converting from the spot.

Prince Adu Kwabena pulled one back for Bechem United.

However, the Rainbow boys were unstoppable adding two late goals through Abdul Lawali and Benjamin Afutu.

The win is the third in four games for Hearts of Oak since Serbian trainee Kosta Papic took over.