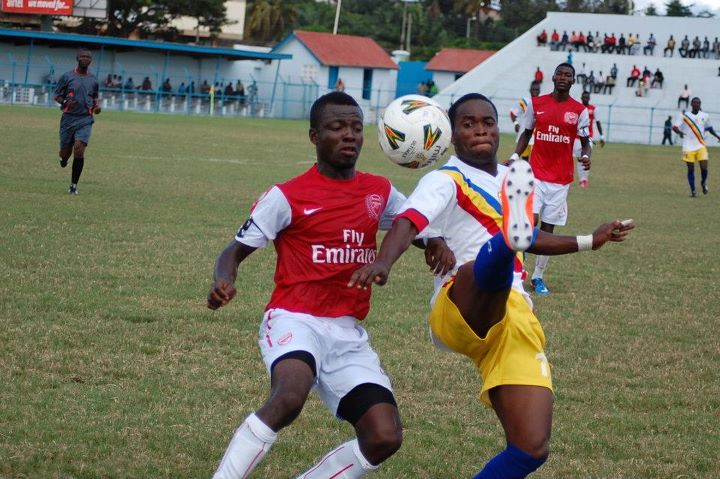 Striker Mahatma Otoo has been cleared by doctors to face Asante Kotoko in the weekendâ€™s top of the table clash on Sunday.

The 19-year-old was initially feared to be ruled out for weeks after he sustained a knee injury during Heartsâ€™ centenary match with Enugu Rangers last Sunday.

However GHANAsoccernet.comâ€™s checks revealed Otoo took part in Heartsâ€™ full training session on Tuesday and his health status was reaffirmed by members of the teamâ€™s medical deprtment.

â€œHe (Otoo) took a knock on Sunday during the match against Enugu Rangers but he has made a quick recovery and will be ready to play against Kotoko on Sunday,â€ Heartsâ€™ medical team member told GHANAsoccernet.com on anonymity.

The news comes as a massive boost for the Hearts faithfuls who are expecting an intact team to face their bitterest rivals on Sunday.