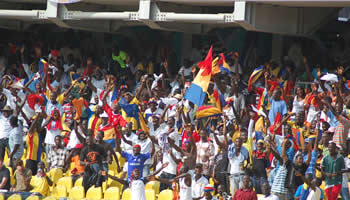 The supporters leadership of Hearts of Oak are demanding the immediate removal of Osei-Tutu Agyemang as chairman of the Ghana FA's Referees Committee.

National Chapter Committee (Supporter win of Hearts) chairman Alhaji Akanbi insists he has proof of the Asanti Regional FA Chairmanâ€™s complicity in a grand scheme to hand the league title to Asante Kotoko by way of influencing match officials.

Akanbi says he will be tendering the evidence to the Premier League Board for immediate action to be taken of which failure will result in Hearts of Oak staging a boycott from this season's competition.

"I have in my possession conclusive recordings of Osei Tutu revealing how he will use his position to make sure the league title is won by Kotoko," Akanbi told Kumasi-based Angel FM.

"We failed to take action when we first got wind of the grand scheme because we lacked evidence but now we have them and they will be given to the PLB.

"The evidence clearly shows howÂ Kotoro (Osei-Tutu) plans to use his position to influence referees to rob Hearts to ultimately hand the league to Kotoko.

"It is our hope that the PLB afterÂ analyzingÂ the evidence will strip him (Osei-Tutu) off his position else Hearts will pull out from the league."