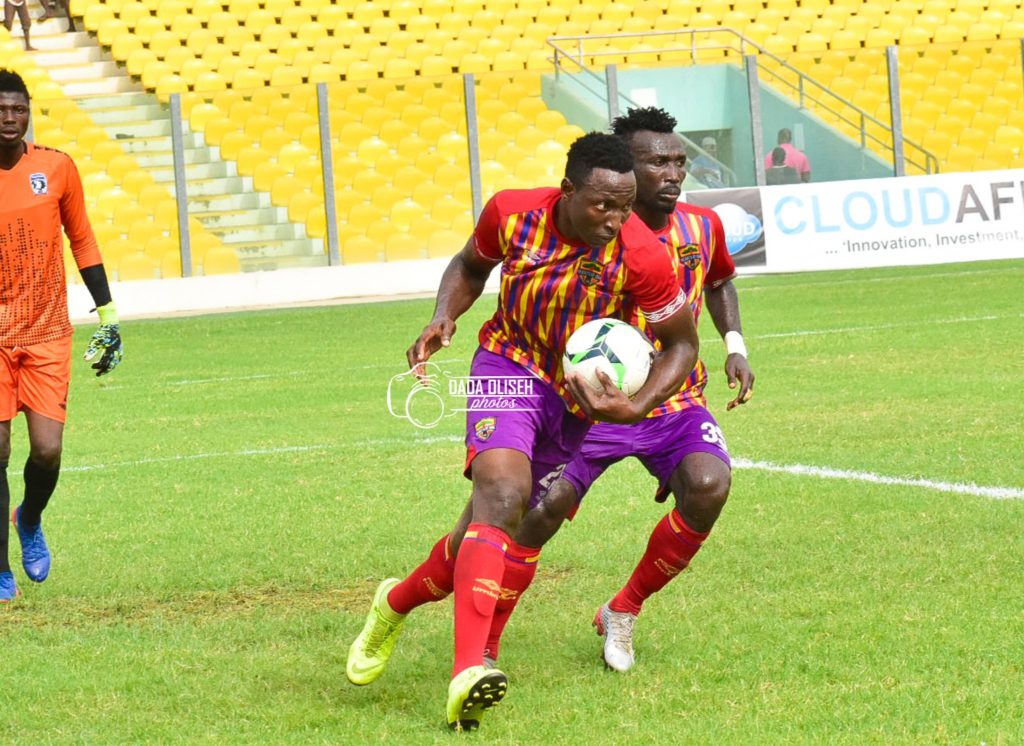 Hearts of Oak forward Kofi Kordzi has been described as the club's best player this season by new teammate Abednego Tetteh, who can't wait to partner the bulky attacker when the league resumes.

Kordzi scored six times before the Ghana Premier League was halted following the outbreak of the coronavirus. His tally of six goals makes him the leading scorer for the club this season.

“For me, I think Hearts of Oak’s best player is Kofi Kordzi because he has scored six goals,” Tetteh told SportsAfric.com in a live Instagram chat.

“Ever since I came to Ghana and started watching Hearts of Oak games, he has been the best player by far. You can’t take away the fact that he has six goals to his credit," he added.

Abednego Tetteh joined the Phobians on a three year deal during the second transfer window and he is looking forward to making a mark when the league returns.

“My headache as at now is to train extra and work hard for the coach to hand me game time," said the former Bechem United striker.

“But as to who plays is not my worry, is the coach’s headache. If he wants to continue with Kofi or me that is up to him.

“I know he wants to win and whoever he thins could get him the needed results I am up for it."