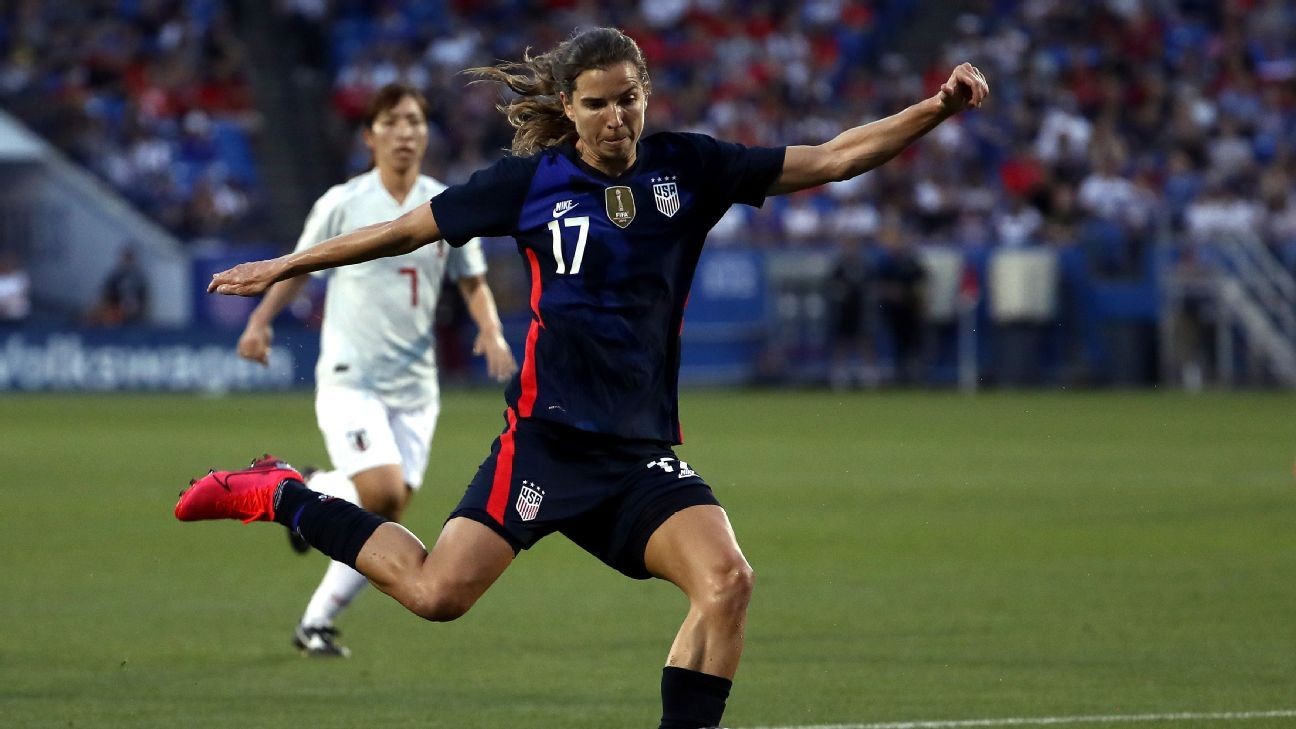 Two-time USWNT World Cup winner Tobin Heath has said she joined Manchester United because "it is the American team" in the Women's Super League.

Heath, 32, has spent the last seven seasons with the Portland Thorns and joined United alongside USWNT teammate Christen Press at the end of the WSL transfer window.

"I think a lot of people were kind of surprised," Heath told ESPN of her decision to move to England. "I was itching to play football, to play in an environment where you're trying to go for titles. For me it was massive there was interest from Manchester United.

"To sign for such a club was important to me in my football career.

"Manchester United is like the American team in the Premier League, and everyone knows the weight of it back home," she said. "It is so exciting for me to wear a badge that is well known."

Heath and Press are the latest in a long string of players to come to the WSL from the U.S.-based National Women's Soccer League, with Sam Mewis and Rose Lavelle joining Manchester City and Alex Morgan joining Tottenham.

There was concern that this drain of talent would affect the U.S.-based league but Heath said she is optimistic about its future.

"It was a really impossible situation," she said. "I haven't played a real game of football since March and it was a long time to press pause on my career. It was a very tough decision because I have given so much of my career and my heart there.

"The NWSL is a great league. It's so competitive from every single team and every single game. They have the right people and they are invested in it. It's unfortunate that the outcome right now isn't players staying.

"For the growth of our players I think it is crucial [for players to go overseas]. I think that either way, whether it was the pandemic or not, I would have supported players."

The winger added that she was really proud of players like Mewis and Lavelle making the switch to England.

"Back home you're comfortable and I'm really proud of them for making that jump," she said.

United will face City on Nov. 15 in the Manchester derby and Heath said she is looking forward to the opportunity to play against her USWNT teammates but also to bring new fans to the league.

"I hope we can bring an American rivalry to Manchester," she added.

"We compete against each other all the time so that's going to bring a little more excitement. Hopefully we will bring new fans into this league and show them what there is to offer."

Heath previously spent time in Europe with Paris Saint-Germain in 2013 and 2014 and said that she would support more crossovers between the European and American leagues.

"I think for any environment to thrive you need that competition," she added. "I hope the leagues will be able to compete against other leagues."

"I hope there are more opportunities like that. Here obviously you have Champions League which is a big draw.

"I'd love to see a global competition other than the World Cup."