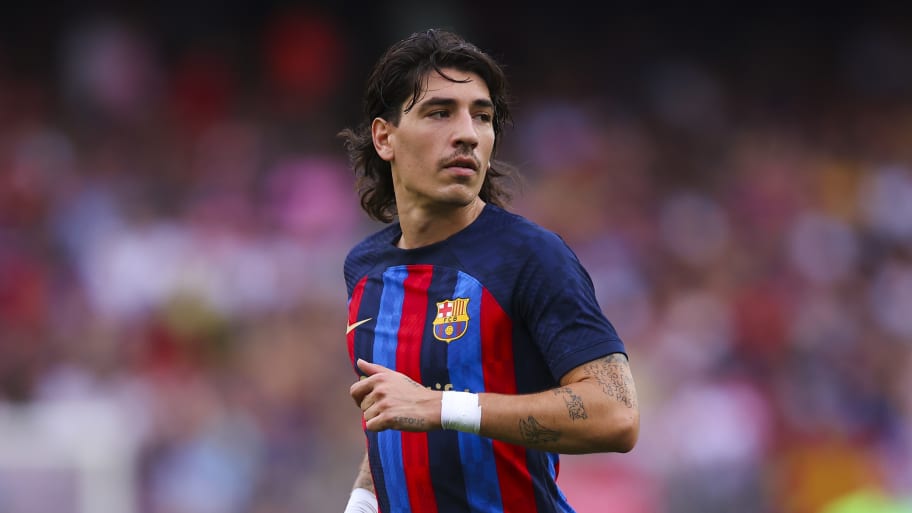 The defender, who rejoined Barcelona in the summer, suffered the potential injury while performing a manoeuvre in training and is now set for an MRI scan as his club waits nervously to discover the severity of the issue.

"Hector Bellerin has reported difficulties with the soleus in his left leg during Tuesday morning's training session," a club statement read. "On Wednesday, the defender will undergo a series of tests to determine the full extent of the trouble."

It has been a costly international break for Barça, with four players already returning to the club with injuries.

Defender Ronald Araujo has this week opted to undergo surgery for a thigh injury, ruling him out for the next three months, while Frenchman Jules Kounde is set for at least a month of his own on the sidelines.

With Sergi Roberto still on the road to recovery from his own injury, Xavi's side are looking increasingly short-staffed in defence and will be concerned about losing anyone else over the coming weeks.

The club are reportedly confident that the injury suffered by Bellerin is not too serious and expect the right-back to be available for their next La Liga game, as they travel to Mallorca looking to continue their unbeaten start to the season.

This article was originally published on 90min as Hector Bellerin set for scan as Barcelona injury list grows.