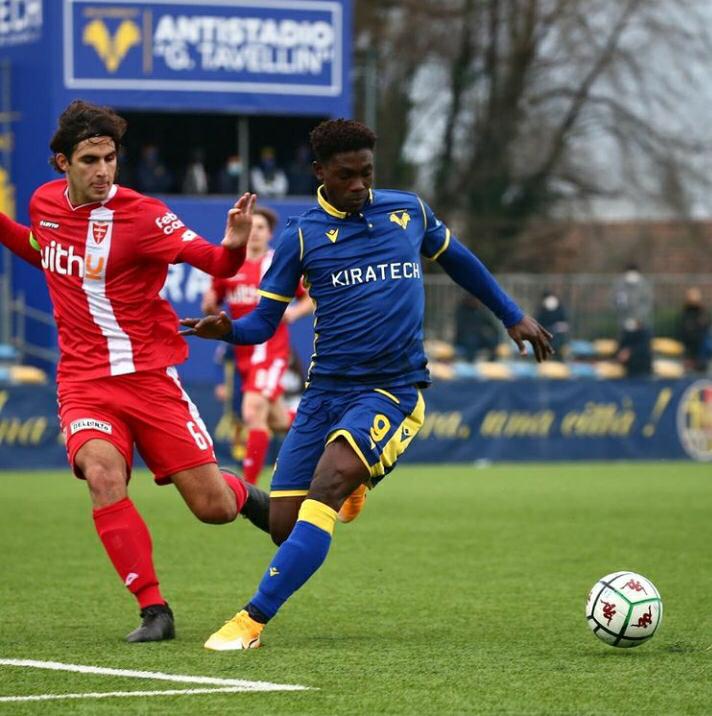 Philip Yeboah continued his impressive form with a goal and assist for Hellas Verona as they trounced Monza 6-1 last Saturday at the Antistadio Tavellin in the Primavera II Division .

Yeboah led the attack for the home side who dominated their opponents with a two goal lead before the interval.

The Yellow and Blues resumed play with much more hunger and greater ambition to annihilate Monza in the second period of the game.

In the 68 minute, he tried to extend the lead after an excellent individual work, but resulted in a corner.

Teammate Florio scored a splendid goal to make it 3-0 and then increased the tally in the 83rd minute after Yeboah assisted him with his back to the post.

Yeboah found the back of the net in the 93rd minute of the game to complete the humiliation.

The 18-year-old managed to dance his way through a cluster of Monza defenders to the edge of the box, found teammate Squarzoni who sends Yeboah through on goal against the goalkeeper.

Mondoprimavera summarized Yeboah's performance by saying: "He is persistently looking for personal joy and sometimes he gets stubborn in individual play, losing brilliance. However, he deserves the goal, for the conviction with which he sought it throughout the course of the match."

Yeboah had a match rating 6.5.