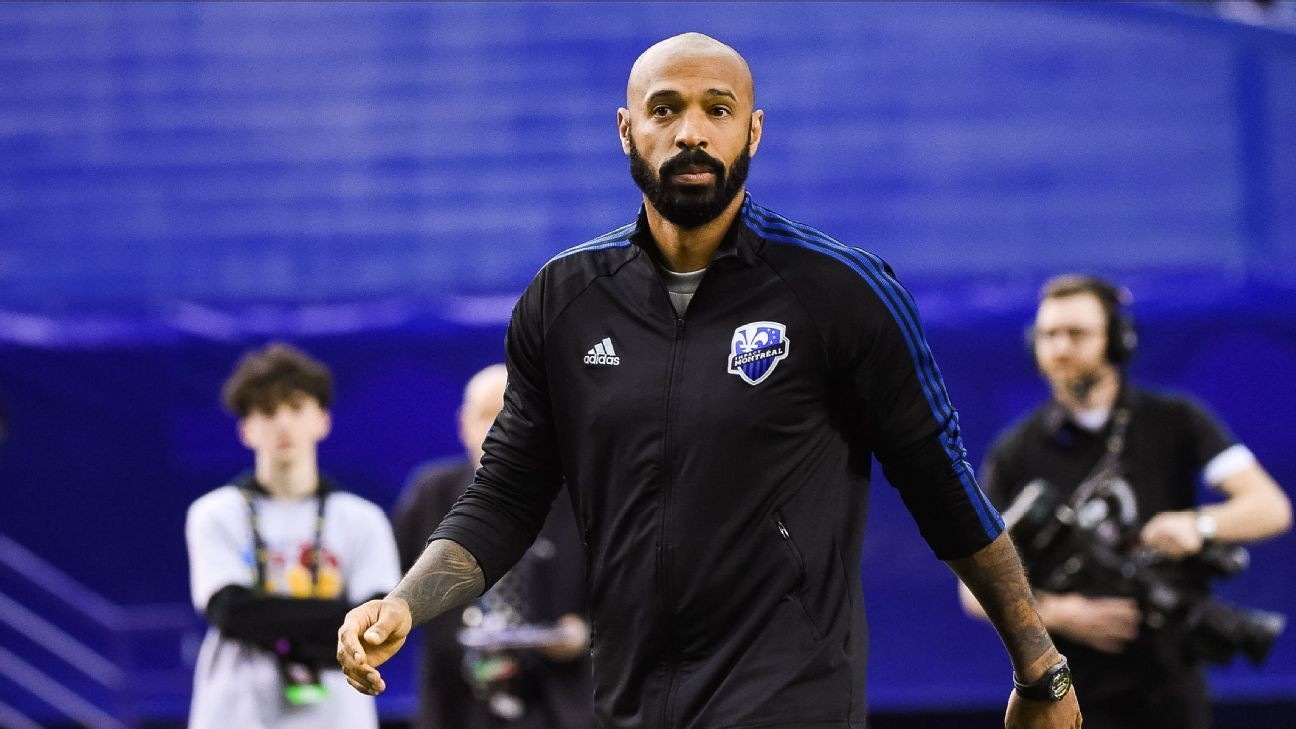 Montreal Impact manager and World Cup winner Thierry Henry says he is pleased to see other ethnicities involved in standing up against racism.

- Stream MLS is Back on ESPN networks, app | FC Daily on ESPN+
- Carlisle: Why your team will win MLS is Back... and why it will not
- Schedule, TV info: What you need to know about MLS is Back

In an interview with Taylor Twellman on ESPN's Banter ahead of the MLS is Back tournament, the ex-Arsenal star said: "We all have stories that we can tell, but for the first time other ethnicities are involved.

How will MLS, U.S. Soccer, NWSL take action in push for equality?Henry: 'We're all one country' fighting coronavirus

"I always say back in the day, when stuff like that was happening, that I get insulted on the field for the colour of my skin... I would like other ethnicities in my team to walk out before I walk out then that would be pretty powerful.

The 42-year-old, who won the World Cup with France in 1998, has previously been outspoken on racism. In 2005 he launched the Stand Up Speak Up campaign along with other players, and has been a supporter of Show Racism The Red Card.

Last month, more than 70 players formed the Black Players Coalition of MLS. That organization's objectives are threefold: have a voice in all racial matters as it relates to MLS, increased Black representation in the MLS Players Association and the highest levels of MLS, and to have an impact in Black communities.

Elsewhere, NWSL players have taken knees during the national anthem "to protest racial injustice, police brutality, and systemic racism against Black people and people of color in America."

In the Premier League, Manchester City manager Pep Guardiola said that white people should be "embarrassed and ashamed" for their treatment of Black people after his players took a knee prior to the clash with Arsenal, while Burnley condemned a plane towing a banner declaring "White Lives Matter Burnley" that flew over the Etihad Stadium in Manchester.

Local police, however, dropped their investigation into the banner incident after finding "no criminal offences."

Premier League teams have also supported the movement by sanctioning "Black Lives Matter" on the back of shirts for the opening round of fixtures.