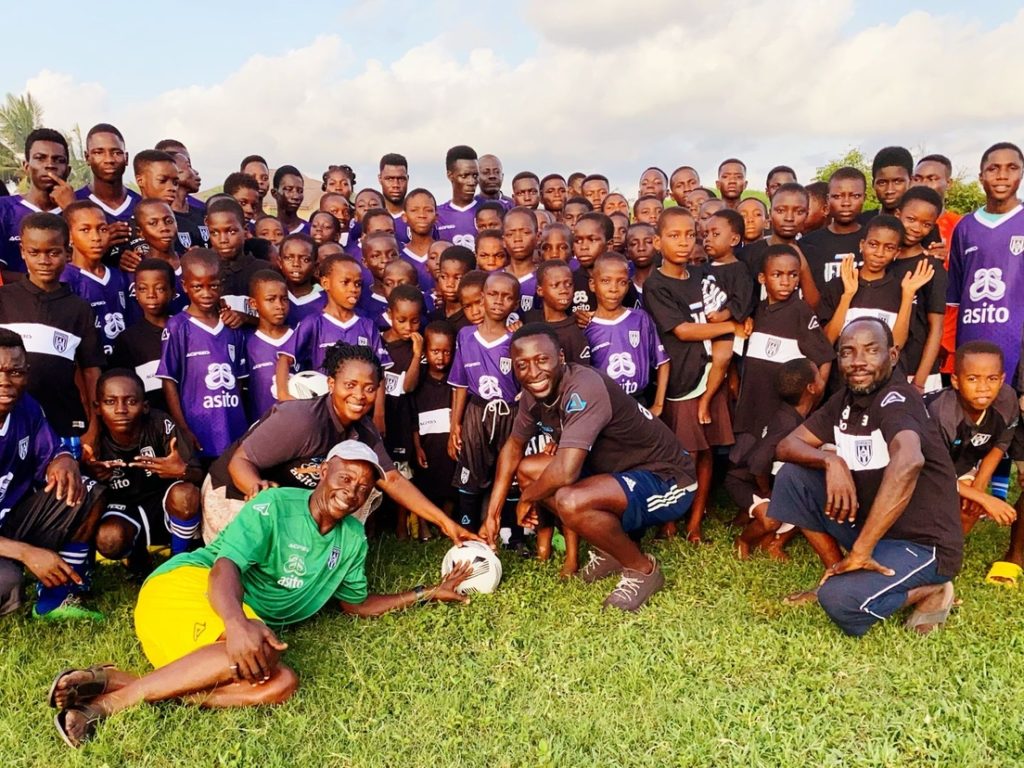 Ghana U23 star and Heracles Almelo right-back, Robin Polley, has made donations to the Soccer Disco Dancer Academy.

The Academy bankrolled by former Ghana player Awudu Issaka, received jerseys and football from the 23-year-old.

Polley's contributions to his Ghanaian roots has been immense as he continues to give back via his foundation.

"This gives me goosebumps," said Robin Polley after making the donation.

"When I'm there, I feel at home just like in Rotterdam."

"We were on holiday with my aunt in Ghana. There was a football academy near her where I could join. Then I took a lot of old football clothes and shoes with me. I didn't use them anymore. I put all that stuff in a bag and gave it to the players of that academy," he continued.

"What strikes me the most is that a number of children play barefoot. So without football boots, but they still have a lot of fun and have no worries. When they see a ball, they don't look back. They just want to play. That hurts me to see, but on the other hand that makes Africa so beautiful. Even if you don't have football boots, you just play football."

“Over the years, my foundation gets better and better,” concluded the former Black Meteors player.