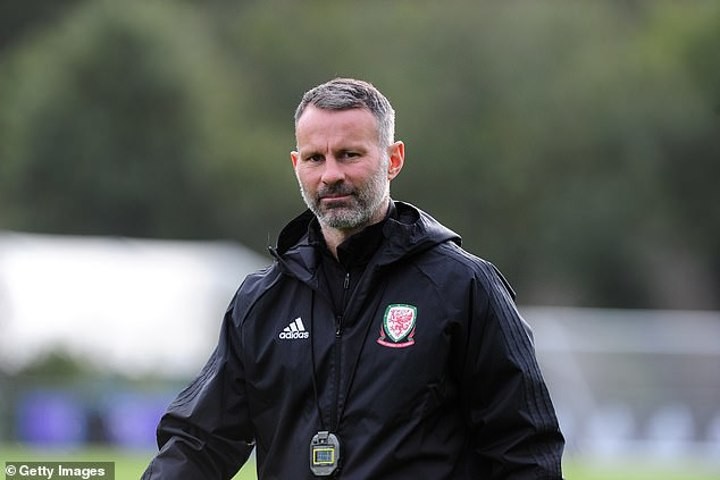 Manchester United legend Ryan Giggs has hailed the impact of Bruno Fernandes' signing - and reserved special praise for the shrewd recruitment at the club.

The Old Trafford icon, and current Wales manager, revealed he is pleased with the progress displayed during former team-mate Ole Gunnar Solskjaer's tenure.

Giggs also outlined the qualities that have made Fernandes an integral component in United's revived bid for Champions League football.

United pieced together an 11-game unbeaten streak across all competitions before the campaign was brought to a halt due to the coronavirus pandemic, and Giggs believes that the Premier League giants are once again moving in the right direction.

He told the latest MUTV Group Chat: 'It was a shame we had to pause the season because we were flying.

'Ole started his management with United flying, then had a tough spell, and then we were on a good run. But, like I said earlier, the players he's got in have been really impressive.

'They've improved the team and the dressing room and obviously, in Fernandes, we've seen over the years the effect one player can sometimes have.

'You talk about the Cantonas, the van Persies… and I'm not comparing him yet to them but he's made other players play better and he's given everyone a lift. I still think we need four or five players but we're definitely going in the right direction.'

Solskjaer recently laid bare the attributes his players must possess, and made it clear that 'personal agendas' within his squad won't be tolerated.

The Norwegian tactician infamously told fanzine United We Stand that he'd 'rather have a hole in the squad than an a***hole', and added: 'Personality is so important. We're a team in a team environment.'

And the addition of Fernandes appears to have rejuvenated his ranks both on and off the field.

The 25-year-old clinched the February Player of the Month award just weeks after signing, and reported back to Carrington last week for training in top form.

According to the Manchester Evening News, Fernandes was one of the fastest United players for maximum speed.

Despite not being renowned for his pace, the former Sporting Lisbon captain reportedly clocked a top speed of 34.27kmph (21.3mph), based on sprints over 5.5 metres.