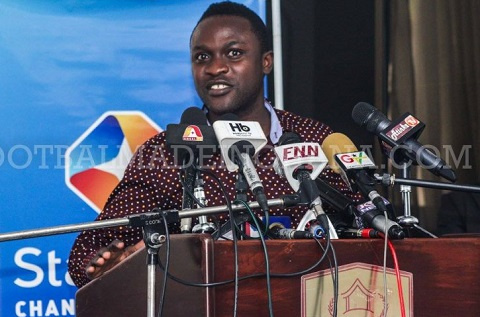 The Mauve and Yellows were cruising to win their first Premier League crown until the coronavirus shutdown disrupted their campaign for the second time.

While the two-time FA Cup winners have been unlucky in the past two seasons, the club's communication chief Patrick Akoto insists they will regroup for the 2020-21 season.

"This is a matter beyond us. We can't talk fault the Executive Council for taken such a decision to make the league null and void," he told Kumasi-based Fox FM

"We are a law-abiding club and so have no qualms about the decision. It's well within the powers of the governing body to take the decision.

"Medeama have put this season behind us and focused on the new campaign. There is nothing we can do under the circumstances.

"Covid-19 is a natural occurrence. Its not the doing of the EXCO. They cannot be held liable for what has happened. I am sure they did extensive consultations and believe its the right decision."

The Executive Council of the @ghanafaofficial has taken a decision to cancel the 2019/2020 football season following a marathon meeting on Tuesday, June 30, 2020 at the GFA Secretariat in Accra.

We will regroup and return to do battle in the 2020-21 season.#MauveandYellow pic.twitter.com/aTmWJp5Kv8