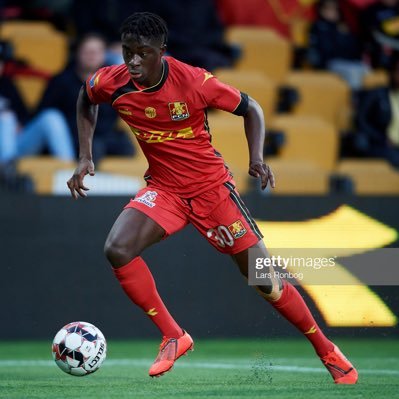 Mumin who is currently with Danish side FC Nordsjaelland is being watched by many clubs following his impressive outings in the SuperLiga.

Scottish champions Celtic, English Premier League side Brighton have all expressed interest with the latest to do so coming from Benfica and FC Porto.

It is reported, the 22-year old rejected January bids from French side Strasbourg and Belgian outfit Zulte-Waregem.

However, he has signed a one month contract extension with FC Nordsjaelland which runs till end of the season.

The former Right to Dream player is however a top target of many clubs and is highly tipped to make a move when the season comes to an end.