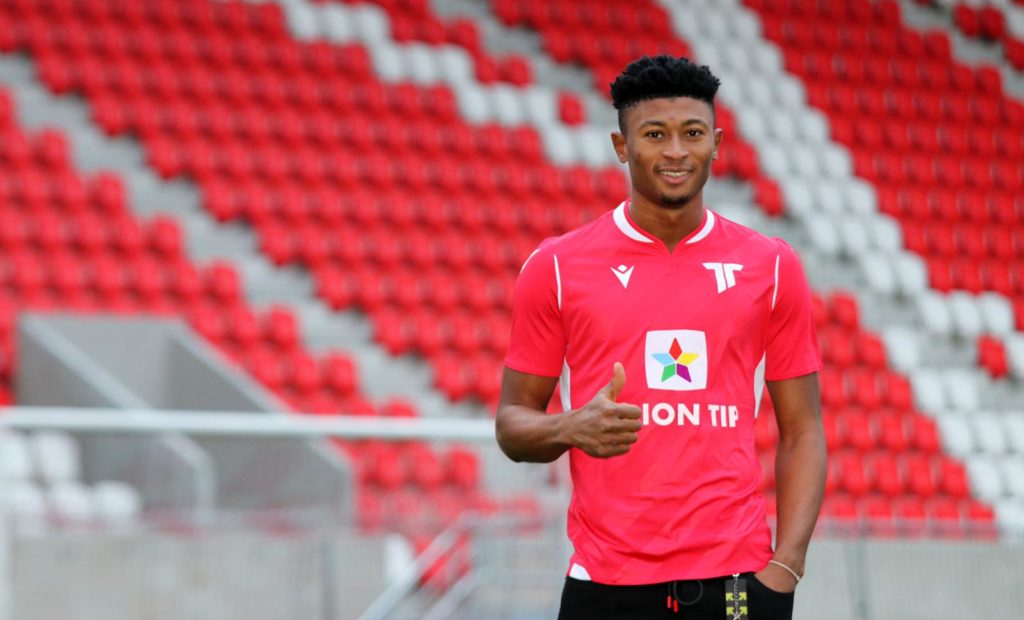 Rahim Ibrahim has joined Trencin from Ghanaian side Accra Lions

Ghana U20 teenage prodigy Rahim Ibrahim has taken the big step of realizing his full potential by joining Slovakian side Trencin, Ghanasoccernet.com can exclusively reveal.

The 19-year-old, who is regarded as the next big midfield revelation for the country, sealed his first move to Europe on Monday.

The midfielder, who has a similar playing style of Sulley Muntari, joins Trencin from ambitious Ghanaian Division One side Accra Lions where he proved his mettle for two seasons.

Ibrahim was signed by the European top-flight club without requiring a trial knowing the qualities of the player before they signed him.

The powerful midfielder will join the Trencin first team and start training on Tuesday.

Ibrahim, who was part of the recent Ghana U20 side, signed a three-year contract that will see him remain at the top-flight European side until December 2023.

His performances for the Ghanaian club forced Trencin to open negotiations two months ago to acquire the signature of the player who won five man-of-match awards last season from midfield.

The midfielder is the latest player to be signed by the Slovakia top-flight side from Accra Lions where their former player Osman Bukari played and took the European country by storm.

The exploits of Bukari, who has now moved to the Belgian side Gent, has attracted more interest from several European clubs in players of Accra Lions.

In their short stint Division One of Ghana football, Accra Lions have made a huge impact as several youngsters now make the club their preferred destination to hone their careers.

Ibrahim is expected to follow in the footsteps Bukari at Trencin where he will start training with the first team on Tuesday morning.

He is the latest player from Accra Lions to have moved to Europe in recent times.