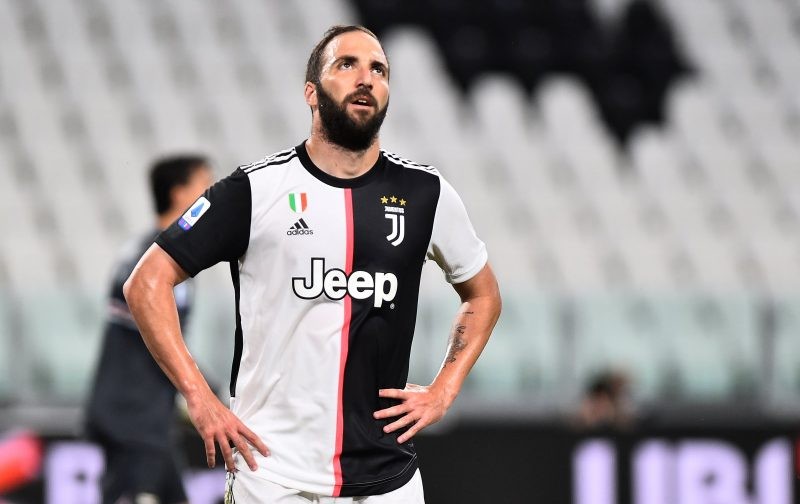 Gonzalo Higuain is increasingly likely to terminate his contract with Juventus once the Bianconeri have completed their Champions League campaign for 2019/20.

The 32-year-old Argentinian striker is expected to start for La Vecchia Signora against Lyon on Friday evening due to compatriot Paulo Dybala not being fully fit for the Champions League tie but his time with the Torinese is likely to come to an end soon. La Gazzetta dello Sport reports that Higuain will terminate his contract, which expires in June 2021, and it will take a substantial amount of money off Juventus’ wage bill.

He has been linked with a move to the MLS, whilst a return to River Plate, where he started his senior football in Argentina, is also under consideration.

Higuain joined Juventus from Napoli 2016 for a reported figure of €90 million, but he has not been able to replicate his performances at the Partenopei when he scored a Serie A record of 36 goals in the 2015/16 season.

The former Argentina international also had unsuccessful loan spells with AC Milan and Chelsea following his switch to the Allianz Stadium.