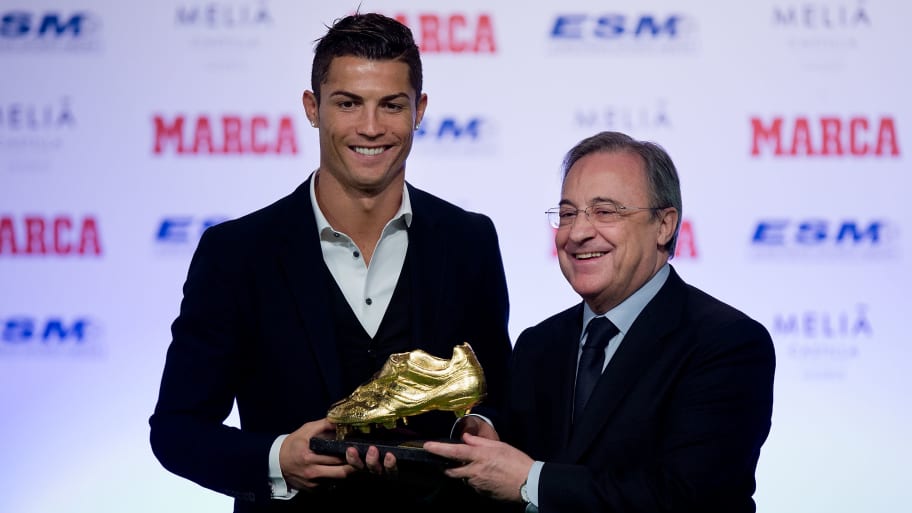 Real Madrid president Florentino Perez has never been one to shy away from the limelight.

However, in recent times the architect of the doomed Super League project has been in the headlines for all of the wrong reasons.

That’s because some rascal has leaked audio of him giving some, errrrr, honest opinions on various Real figures.

The audio, which was transcribed and published by El Confidencial (via B/R Football), includes one pointed rant about Cristiano Ronaldo recorded in 2012, in which Perez says: "This guy is an idiot, a sick man. You think this guy is normal, but he’s not normal, otherwise, he wouldn’t do all the things he does."

It’s an interesting take, especially considering CR7 is the club’s all-time leading goalscorer who helped Perez lift a lot of silverware during his time in the Spanish capital.

There is plenty more of where that came from, such as the president’s take on Jose Mourinho, who managed Los Blancos between 2010 and 2013.

"Mourinho is an idiot. It is not that he does not want to play. Well, he's a bit abnormal...that said, he has been overwhelmed by the pressure."

Then there are his views on Iker Casillas, captured in 2006. The clip has a distinctly Football Twitter feel to it, despite taking place years before that particularly toxic subculture rose from the swamp.

"He's not a Real Madrid goalkeeper, what can I say? He never has been. He has been our biggest mistake. The problem is everyone loves him, I don't know. He has so many people on his side. But anyway, he is one of the biggest frauds."

"He's a negative guy, he's destroying Madrid and the morale of the players so that people say: 'It's Madrid who are playing badly, not Raul.' It's terrible what a bad kid he is. He's not going to play for Madrid anymore."

We think Florentino has got a lot of awkward phone calls to make...