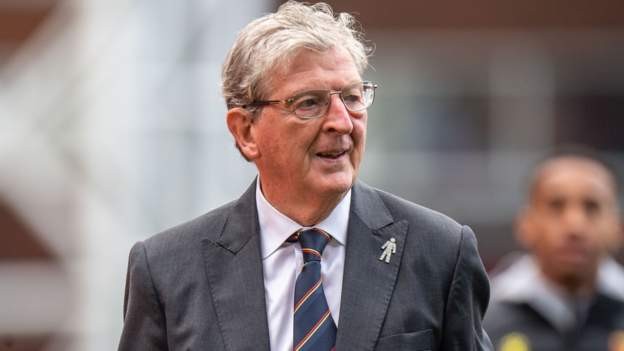 Outgoing Watford boss Roy Hodgson says he has not yet met and "would not recognise" his successor Rob Edwards.

Former Forest Green Rovers boss Edwards has been appointed as Watford's new manager for the 2022-23 campaign.

But Hodgson, 74, who is retiring at the end of this season admitted: "If he wants to speak to me I will be more than happy to speak to him.

"I know who he is and what he has done, but I haven't seen him or be able to recognise him."

The ex England manager added: "But I am not going to impose a conversation on him.

"But if he wants to speak to me and hear anything I am thinking I am more than happy to speak to him, but it would have to be an initiative that comes from him."

While Edwards will be preparing to guide the Hornets back to the Premier League from the Championship at the first time of asking, former Liverpool and Fulham boss Hodgson will be stepping away from the game for a second time.

And Hodgson says he will not be tempted to return to the dugout again.

"There is no doubt this feels worse, partly because the team is relegated but also knowing that this retirement will definitely be the serious retirement and I won't get tempted back again after this stint," Hodgson said.

"I have to come to terms with that and it is only right that I come to terms with it. It has been a fantastic innings that I have had, an incredibly long career and a very pleasurable one. I have enjoyed every moment of it, it is the right moment.

"Having said that I was out there on the grass today coaching a small group of players and I still realise I still quite like that side of the job, but I will have to ween myself off it.

"It's dangerous to say never because I am relativity fit and healthy, I am not retiring because I couldn't do it, it's not that sort of situation, but at the same time, next time I will give myself a stern talking to and say, 'Even if you think you are capable, it is not the right thing to do'.

"My CV won't be floating around various clubs, that's for certain."

Choose your Watford starting formation and line-up. It's up to you how to approach it - you could go for the team you WANT the boss to pick or the one you THINK he will.