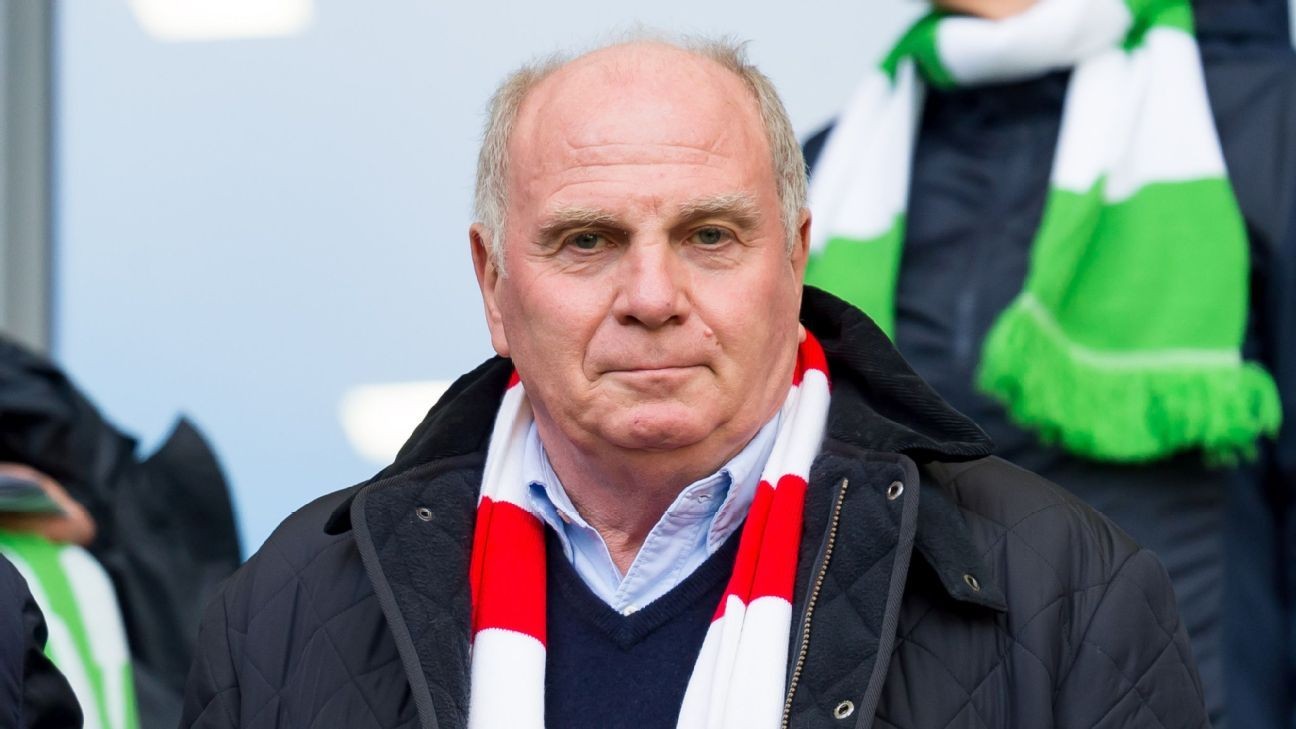 Philippe Coutinho is tasked with naming his favourite player, his top games and goals after completing his move to Bayern Munich.

Philippe Coutinho explains how his chats with Thiago helped make his move to Bayern Munich come to fruition.

Alejandro Moreno and Brian McBride react to Philippe Coutinho's move to Barcelona from Bayern Munich on a season-long loan.

Uli Hoeness has announced he will leave his post as Bayern Munich president in November with former adidas CEO Herbert Hainer set to take over.

Hoeness, 67, is widely regarded as the man who created Bayern in the modern era as one of world football's biggest clubs, helping them to dominate the Bundesliga over the last decade.

Having won the 1974 World Cup with Germany and the 1972 European Championship as well as three European Cups, a Club World Cup and three Bundesliga titles as a player, Hoeness went on to shape Bayern as an official after retiring from football in 1979 aged 27.

He became a general director and led the club into the modern age, winning the Champions League in 2001, a club World Cup, a UEFA Cup as well as 16 Bundesliga titles and nine German cups.

Hoeness left his post as general director in late 2009 and was elected club president.

During two stints, halted between 2014 and 2016 when he was sentenced to two years in prison for tax evasion, Hoeness added another Champions League trophy, another club World Cup, five more Bundesliga titles and three more German cups.

However, the latest spell as Bayern president saw Hoeness slowly lose grip on power as he clashed several times with CEO Karl-Heinz Rummenigge over a variety of issues including transfers and managerial appointments.

He was questioned at the club's general assembly in November 2018, with parts of the club's members singing "we have everything under control, everything's fine on the sinking ship" after Hoeness had publicly criticised a speaker who had been spoken out against him.

On Wednesday, Edmund Stoiber, a member of Bayern's supervisory board and a former Minister-President of the German state Bayern, cited the 2018 General Assembly and Hoeness' differences with Rummenigge as the main reason for the club legend's exit.

He will leave his role as head of the club's supervisory board but remain as a normal member.