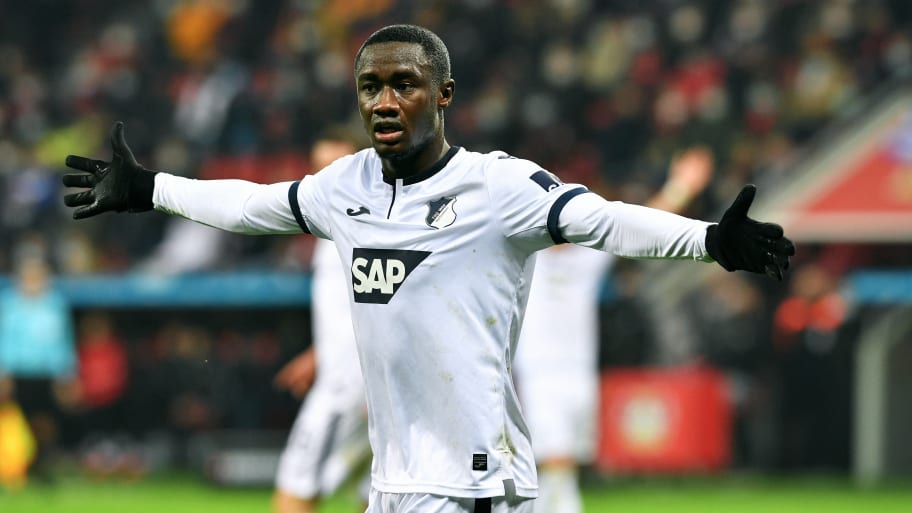 Hoffenheim midfielder Diadie Samassekou has admitted he would welcome a transfer to the Premier League - and his 'dream club' is said to be Manchester United.

With United braced for the departure of Paul Pogba in the summer, interim boss Ralf Rangnick has been looking for potential replacements, with Samassekou one of many to be added to his wish list.

Amid all the rumours on his future, Samassekou sat down with kicker to discuss his plans for the future, and he confessed that there is one special club in England that he wants to join.

"I’ve always had my dreams and it’s hard to part with [Hoffenheim]," he said. "I’m already very grateful to Hoffenheim and always will be, but at some point, I want to join one of the best clubs, it’s always in my heart, but I won’t reveal the name.

"If the opportunity arises to switch to the club of my heart, I will not slam the door in the face of those in charge."

For whatever reason, Samassekou isn't revealing the identify of his dream club. kicker believe it's United, and with a little digging, we can back that up.

“Of course, since I was little, I’ve been a big fan of Manchester United," he told Onze Mondial in 2020. "Playing in that league has always made me dream, and I want to give myself the means to achieve that goal."

It is believed that Rangnick has been following Samassekou for a while now and even tried to sign him for RB Leipzig, only to opt for another United target, Amadou Haidara, instead.

Samassekou remains under contract at Hoffenheim until 2024 but it is clear that the Mali international would listen to an offer from this mystery 'dream club'.

This article was originally published on 90min as Hoffenheim's Diadie Samassekou 'longs' for Man Utd transfer.