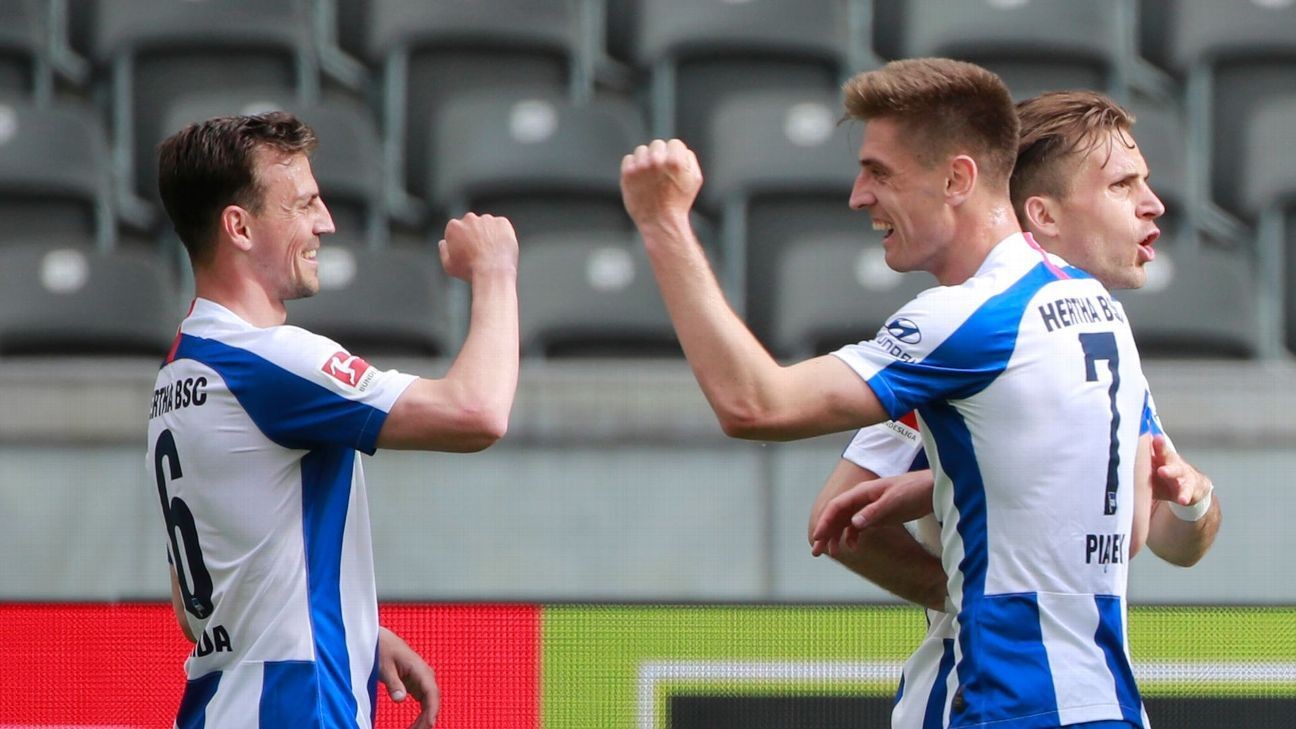 Hertha climbed to ninth in the Bundesliga table after Dilrosun scored midway through the first half and Piatek added a second in stoppage time at the end of the game.

Hertha have now picked up a 10th point out of a possible 12 since the resumption of the German league after the coronavirus lockdown.

Hertha were in 13th place when the season resumed in mid-May but have hit a purple patch since the much-travelled Labbadia took over as their fourth coach of a topsy-turvy season.