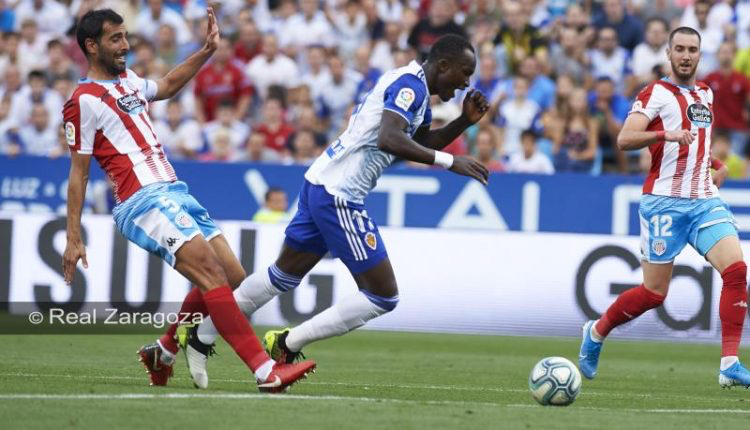 Spanish Segunda Division side Real Zaragoza are working piece by piece in the last hours to be able to process the withdrawal of Raphael Dwamena from their squad.

The Whites are keen to withdraw the 24-year-old forward from their squad-list following reports that he could be forced to hang up his boots after he was diagnosed with a heart problem.

The Ghana international has so far refused to authorize the use of the necessary documentation to process his withdrawal.

He is hoping to be able to play again sometime this season hence the delay in reaching an agreement with the club.

Dwamena, aware of his situation, has given his approval so that Real Zaragoza can collect all his medical information in order to back down on their quest to withdraw from the squad.

With that free chip, the blanquillo club will be able to incorporate a new striker before the next market.

Thus, Zaragoza can also use the more than 200,000 euros left over in the previous transfer market by not reaching the salary limit set by the LFP.

In addition, if both the League and the RFEF authorize the withdrawal of Dwamena due to his heart problems, Real Zaragoza may also use 80% of the amount that the Ghanaian had to collect this season and allocate it to the card of a new player.

When the withdrawal of Dwamena for long-term illness has been authorized, Real Zaragoza will have 20 days to incorporate a new player.