The Coronavirus permitting, Horoya FC of Guinea and Pyramids FC of Egypt are set for a searing semi-final clash in the 2019/2020 CAF Confederation Cup. A curious encounter, given the near anonymity of the two sides, especially the latter, in continental football.

The Egyptians topped their group with five wins and one loss, bagging 15 points, the biggest  haul for the group stage. They went on to book the semi-final ticket with a 3-1 aggregate win against Zambia’s Zanaco.

The Guineans, on the other hand, beat Nigerian giants Enyimba in the quarter final after topping their group with four wins and two draws.

This novel Confederation Cup semi-final pairing pushed me to find out more about what these otherwise modest clubs have been doing to propel themselves to the cusp of continental glory.

First, I googled Horoya FC and got attracted by a news story on the club’s website about ongoing infrastructure development at the club.

''Here you will find everything related to football administration, exercise rooms, three FIFA standard synthetic training fields, sand pits and the large stadium that we will open with 5,000 seats before its extension to 15,000 seats to enable us host international competitions,'' the story quotes Antonio Souare, President of the club, on a visit to the project site. 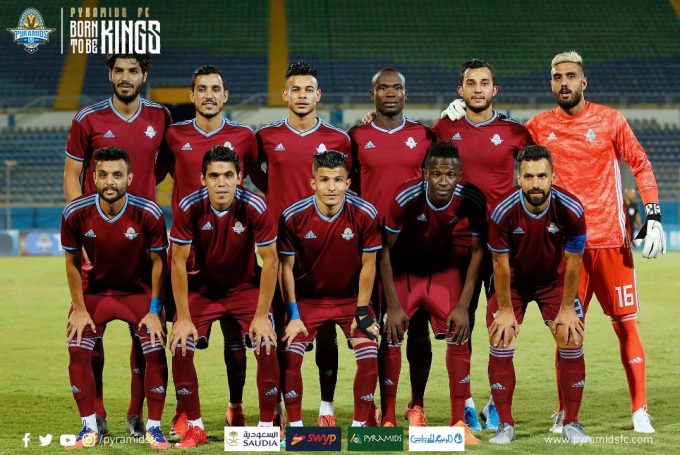 The emergence of Pyramids FC may have escaped many. Yet, it has been the defining feature of Egyptian club football for the past two seasons.

When Ghanaian striker John Antwi joined Pyramids FC about a year ago, I reckoned that his new club must be well- resourced and forward-looking.

The experienced Ghanaian was a coveted goal machine, having racked up an average of 12 goals per season for Misr Makassa over the three seasons he had spent there.

But the exploits of Antwi’s new club in the Continental competition prompted me to take a closer look at the literal overnight transformation of what was formerly an also-run premier divison side called Assiouty FC based in Beni Suef.

It all started in December 2018 when Saudi billionaire Turki Al-Sheikh bought the modest Assiouty FC. The deal sealed, the new owner changed both name and location.

Declaring that it would take ''from three to five years'' to become a title-winning side, Al-Sheikh set to work at a blistering pace.

Half-way through the season, Pyramids, under Argentine Manager Ramón Diaz, are living up to their hype, lying third behind Zamalek and Al Ahly and giving the duo a run for their money.

The audacious signing of Ali Gabr and Ahmed Tawfik from the aristocrats and now city- neighbours, Zamalek, heralded the arrival of many more stars including Keno, a winger from Palmerais, at an African-record of $10m, followed by Carlos Eduardo, Lucas Ribamar, Arthur Caíke and Rodriguinho, all from Brazil.

The South American gamble however tumbled as some of the imports failed to deliver on their promise and potential.

Others including Ribamar, who was later sent back home on loan to Vas da Gama, Keno (on loan to Aljazira of Abu Dhabi) and the team coach, Carlos Valentim, fell

successor, Argentine Ricardo La Volpe, did not last either. But this high turnover of personnel in that short prologue apparently did affect the Pyramid project.

In an incredible public relations and branding masterstroke, Al-Sheikh started a television channel that shows Spanish and English football and leveraging on the exotic appeal to showcase Pyramids' games.

And guess the pundits for these games; Ronaldinho Gaúcho, John Terry, Roberto Carlos and Robbie Keane, with ex-Tottenham striker Mido as the host.

In what best defines the audacity of Pyramids FC's ambitions, the nouveaux riches of Egyptian football managed to fly in ex- Chelsea legend, John Terry as the TV pundit for their first game.

On July 4, 2019, the club officially announced that Salem Al Shamsi, had managed to buy the club from Al-Shaikh.

The new owner, an Emirati, was Vice President of Pyramids FC, and so it was a seamless transition that allowed the club to maintain focus.

More importantly, it brought at the helm another astute businessman with considerable resources. Al Shamsi is the founder and C.E.O of Emirati bank, Ajman Bank PJSC.

With such a deep pocket backing their lofty ambitions, it is little wonder that Pyramids FC have come this far in only their maiden attempt in Africa.