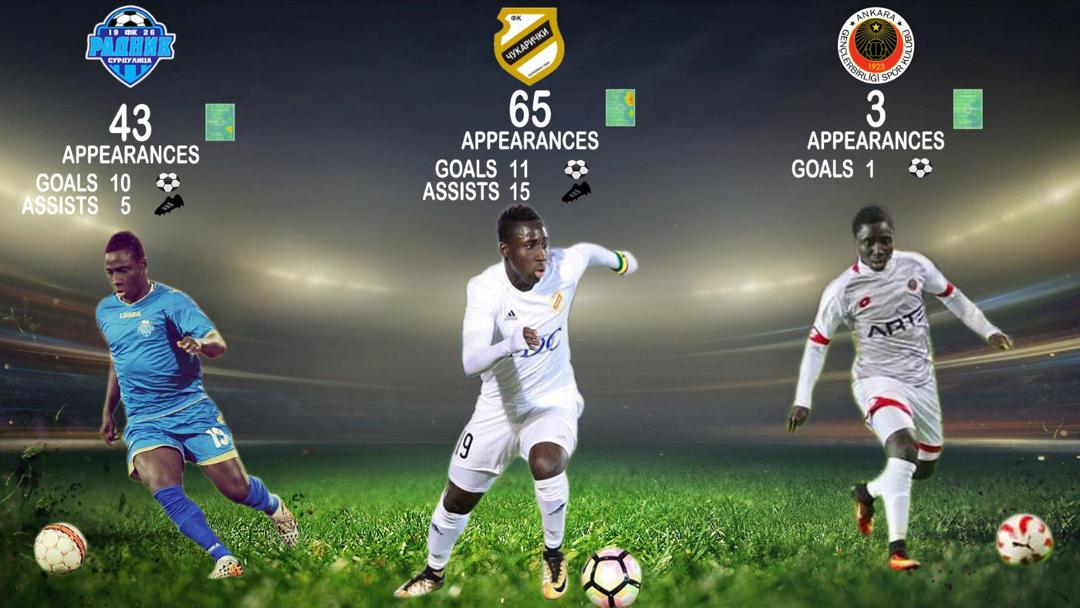 Ghanaian sensation Samuel Owusu continued his ‘insane’ form for Čukarički, helping them to secure the Europa qualification slot after 1-1 draw at Mladost in the penultimate game of the Serbian Super Liga on Saturday.

The speedster, put up another superlative display away from home as the side secured the needed point to bag qualification.

The wideman, who has been on cloud nine since joining the side, has been a key cog of Čukarički, helping the side to finish fourth on the league table.

It’s been a remarkable season for the assist king in the Serbian top-flight as he continues to attract lenses across Europe.

GHANAsoccernet.com can report that there have been several scouting reports on his performances and will likely join one of Europe’s top clubs in the Summer.

He has bettered that output with 7 goals and 10 assists- more than any player in the Serbian top-flight this term.

Owusu is a high-energy and quick footballer who can take the ball past opposing defenders with seeming ease.

The Ghanaian sensation has been a dynamic presence for Čukarički over the past two seasons.

Having adapted quickly, the youngster has been excellent in dribbling past opposing players and delivering incisive passes.

The Ghanaian is one of the most complete footballers in the Serbian top-flight. He can score, create and tackle.

He can start on the left, right or centre and plays with an admirable intensity.

The youngster has been tipped for greatness if he put his head above waters.