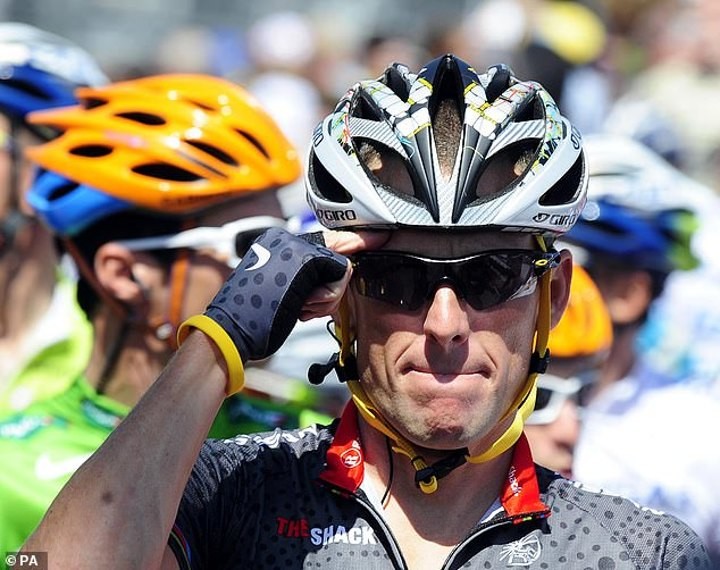 It's Hot or Not time again as Sportsmail's Riath Al-Samarrai reveals what's been making him feel warm and what's been leaving him cold this week.

He's a cheat. He’s a bully. He’s a liar. He’s everything we despise in professional sport. But his latest admission, made under no great pressure, is that he was taking drugs as young as 21. In a sporting world where the guilty almost never confess, he warrants a sliver of credit. Only trace elements, but something.

He said 11 words in an interview and we’ve heard tens of thousands about them ever since.

But the better number is 12: his goals in 13 games for Dortmund. Or 41 in 34 if you add those for Red Bull Salzburg earlier this season. At 19, he is a brilliant young footballer, irrespective of what we want him to say about it.

They used sex dolls to compensate for the lack of a crowd against Gwangju. When rumbled, they got flustered and pleaded a misunderstanding, saying they thought they were ‘premium mannequins’. That old chestnut. They deserve a nod for sending a giggle around the world.

IT’S all a massive conspiracy, apparently. A pandemic serving as a mask for the ‘greatest psychological operation in history’, as he told the BBC. He was a really good snooker player back in the day. But remember that single he released in 1996 — I Am A Clown? Don’t say we weren’t warned.

It was famously written that Johnson is so dense that light bends around him — a dig that always felt cruel. And yet he could do more to help himself.

For instance, look at the skins match he just played in Florida and how he gobbed his germs on to the turf every so often.

We can trust our children to go back to school but Dustin can’t be left alone in a field.

Strike three. After this week’s haircut, Aurier has a hat-trick of lockdown violations. For those of a statistical persuasion, that is one more than the number of clean sheets kept by the Tottenham defence in 2020.