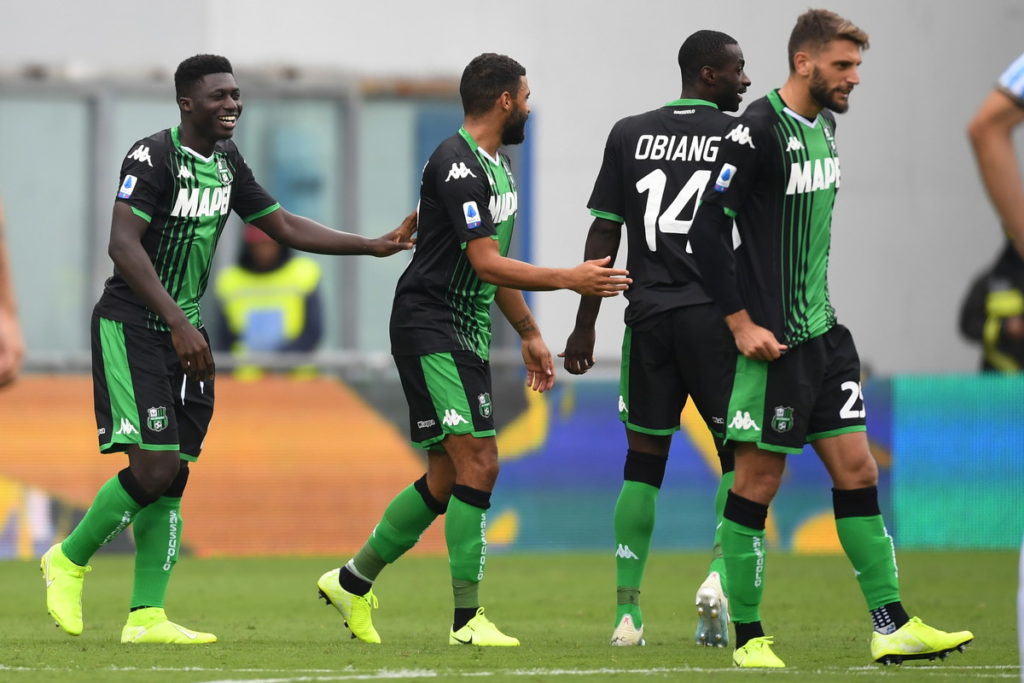 African superstars in the major European leagues were overshadowed at the weekend by Chadian Casimir Ninga, who scored an 11-minute hat-trick for French Ligue 1 club Angers.

Ninga, who played in Chad, Gabon and for two other French clubs before joining Angers this year, achieved his remarkable feat in a 4-1 win over Saint-Etienne after coming off the bench.

In the English Premier League, former African Footballers of the Year Pierre-Emerick Aubameyang and Riyad Mahrez were among the scorers.

Aubameyang's sensational form continued as the Gabon international smashed home his seventh goal of the season to give 10-man Arsenal a 3-2 win over Aston Villa. Pepe also grabbed his first goal for the Gunners from the penalty spot after Aubameyang stood aside to let the Ivorian take the spot-kick in what Arsenal boss Unai Emery described as a "fantastic" gesture.

Egyptian Salah teed up Trent Alexander-Arnold to curl Liverpool's opener into the top corner in a 2-1 win at Chelsea. The European champions have now won 15 Premier League games in a row, but Salah was unable to net against his former club.

Mahrez's renaissance in his second season at City continued as he scored with a deflected free-kick in the Premier League champions' 8-0 demolition of Watford. The Algerian was also brought down for the penalty from which Sergio Aguero converted City's second. Mahrez and City could even have had more in their record Premier League win as he hit the bar with a header in the second half.

Nyom helped Getafe register their first La Liga win of the season by scoring in a 4-2 victory over newly-promoted Mallorca. The Cameroonian defender blasted into the roof of the net from eight yards to give Getafe a 3-0 lead and while Mallorca pulled two goals back, the home side scored a late fourth to seal all three points. It was Nyom's first goal for Getafe.

Ghanaian Duncan turned in a rebound after 47 minutes for his side's third goal in a 3-0 win over SPAL. Sassuolo are eighth after their second win in four matches. It was the first league goal this season for the 26-year-old and seventh in five seasons with the side.

Ivorian forward Kouame equalised for Genoa seven minutes from time in Cagliari for the 21-year-old's third goal in four league games, having come close with a header earlier. However, the Sardinians scored twice in three minutes to win 3-1 and leave Genoa just a point above the relegation zone.

The Morocco midfielder curled home a late winner off the outside of his boot to seal Schalke's 2-1 home win against Mainz. Having already set up Suat Serdar for the Royal Blues first-half goal in Gelsenkirchen, Harit showed superb finishing by cutting in from the right and curling his shot around the Mainz goalkeeper and inside the far post on 89 minutes. It was the 22-year-old's third goal of the season.

The Morocco right-back was involved in the build-up for Borussia Dortmund's opening goal by Axel Witsel in a 2-2 draw at Eintracht Frankfurt. Hakimi combined with Â Jadon Sancho, whose shot was parried by Frankfurt goalkeeper Kevin Trapp and the rebound steered out to Witsel, who hit the bottom corner on 11 minutes. Hakimi was later shown a yellow card for a tussle with Frankfurt captain Makoto Hasebe.

The Ghana defender gave Fortuna an early lead in their 2-1 defeat at Borussia Moenchengladbach when his header was confirmed to have crossed the line by goal-line technology. It was Adams first goal for Duesseldorf after being sent for a season on loan from Hoffenheim.

The Chad international bagged a remarkable 11-minute hat-trick to power Angers to a 4-1 win over Saint-Etienne that propelled them to second place. Ninga came off the bench on 69 minutes and put Angers into the lead with less than a quarter of an hour remaining before adding two more goals.

The giant Malian striker grabbed his third goal of the season to give Nantes a first-half lead at Strasbourg, although his side would lose 2-1 as their three-match winning run came to an end.