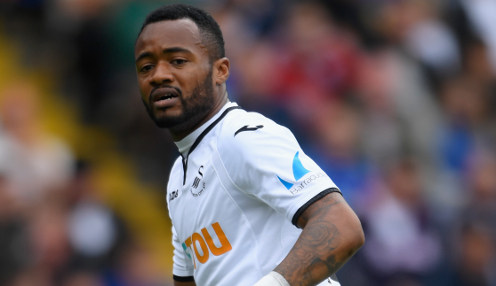 Across Europe we’re well and truly at crunch time. Titles are up for grabs and relegation is being battled. Of course there’s the odd team playing for nothing too.

A number of Ghanaians are currently right in the thick of it. But how’re they performing?

With just a handful of games to go, we take a look at players across Europe’s top clubs and see just how they’re getting on...

Christian Atsu is a star in Ghana and while a little more underrated in Newcastle, is a key man for Rafael Benitez.

He’s appeared 25 times for the Magpies this season and has seen a good run of games in recent weeks as the club battle relegation.

The club are just six points off the drop zone currently and will be looking to secure their future in the Premier League across the coming weeks.

The bookies are backing them to stay up with them 25/1 to face the drop with many betting apps in Africa.

The North East England club do have a tough run of fixtures however, and the 27-year-old will play a key part in their survival.

Another club favoured with the bookmakers to stay clear of the drop are Crystal Palace, who sit two points ahead of Newcastle in the league.

Jordan Ayew has been at the club since the beginning of the season and has impressed manager Roy Hodgson, with the boss recently labelling him a, “super human.”

Ayew has played a strong part for the clubs in recent weeks and despite a lack of goals, he’s played a vital part in the team’s play.

It should be a relatively comfortable final few months for Palace, but Ayew, and indeed the entire team’s work ethic will make sure no team who they come up against will find it “comfortable”.

Thomas Partey is carving an impressive career out at Atletico Madrid after coming through the ranks at the club.

Now 25, he’s a regular in the first team, with the club still going well in both La Liga and the Champions League.

Second place behind Barcelona is looking likely in the La Liga table, and they’re looking good to see off Juventus in the Champions League to advance to the latter stages of the competition. Could he have a medal by the end of the season?

Bayern go into the later stages of the season with plenty to play for, with the club level on points with Borussia Dortmund.

It’s unlikely Kwasi will get much play within that, having spent much of his time playing in the second team however.

Kwadwo Asamoah however has seen much more action with the 30-year-old playing 26 times for Inter Milan since joining at the start of the season from Juventus.

Catching his former club in Serie A isn’t going to happen, but a top four three finish is still in reach and the club will be fighting hard to overtake Milan and finish third.

The Europa League is also well within their grasp, making for an exciting last two months for Asamoah and his Ghanaian fans.