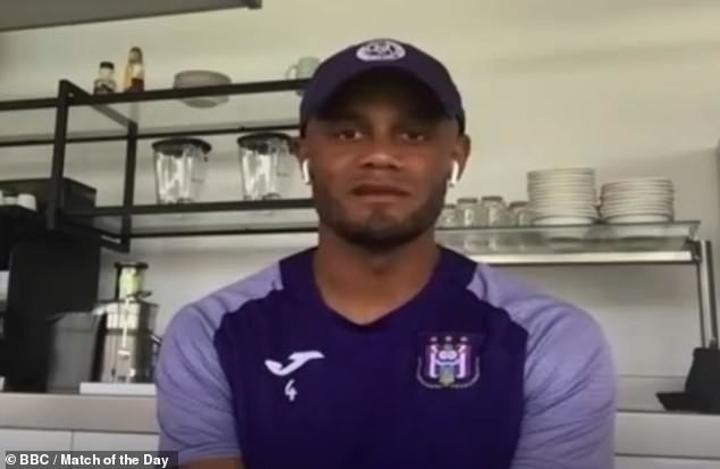 The Reds were a massive 25 points clear of second-placed Manchester City and on course for a first title in 30 years when the Premier League was suspended on March 13 due to the coronavirus crisis.

Premier League clubs remain determined to complete the season and are pressing ahead with plans to resume the campaign on June 12.

Jurgen Klopp's side need only two wins from their remaining nine games to end City's reign as champions.

And Kompany told the Daily Mirror: 'I can imagine and I can empathise – how bad's your luck, right.

'But we need to hope the rightful winners get everything they deserved.'

He then left to rejoin Anderlecht. The 34-year-old was briefly player-manager before stepping down to focus on being a player.