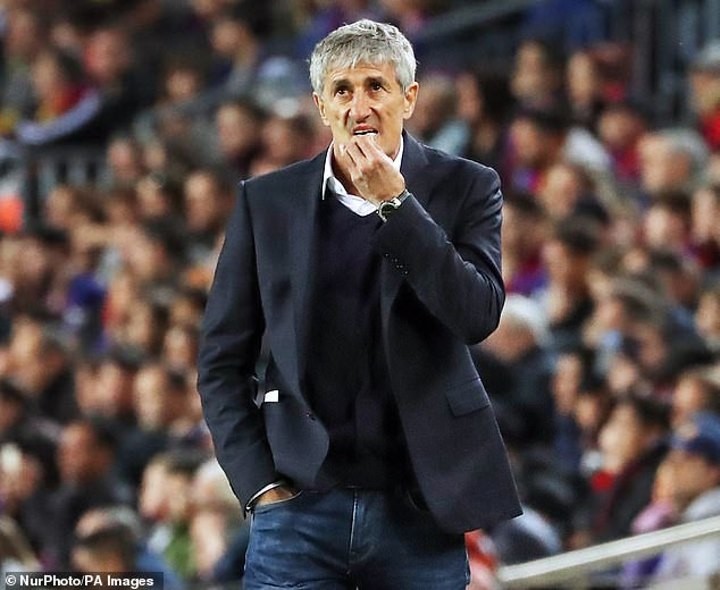 Barcelona will need to raise funds this summer if they are to finance a bid for Neymar or Lautaro Martinez against a backdrop of massive losses because of the coronavirus shutdown and their over £600million Camp Nou redevelopment.

As they found out last summer, wanting to sell is easier than selling.

Sportsmail looks at who might leave, where they might go, what they could bring to their new clubs, and how much money they might bring in.

Bayern Munich are unlikely to take up the £106m buy option on the former Liverpool player but his nine goals and eight assists in 32 games for them will have other clubs interested, so long as the deal is a fraction of the price.

Tottenham were interested last summer but it was Mauricio Pochettino more than Daniel Levy so they are unlikely to come back in. That could leave the way clear for Chelsea. The player likes the idea and there are well established connections between those who represent him and Chelsea.

A Brazilian international, who at 27 ought to be approaching his prime, is bound to bring plenty especially if the team plays to his strengths. That never really happened at Barcelona where he was inevitable sacrificed tactically at times for Lionel Messi.

Speaking at an awards event in Seville last year Rakitic was asked about going back to his former club and he joked to reporters: ‘If it was up to my wife we would not go back [to Barcelona].

If the moment arises when we can talk [about a return] I would be delighted. I have always said that if there is one of my ex-clubs that I could go back to it would be Sevilla.’

Barcelona have not treated the Croatian particularly well this season clearly seeing him as worth more to them sold.

The problem is that he doesn’t want to uproot his wife and young family for just any destination. Sevilla appeals and they need to replace Saudi Arabia-bound Ever Banega. The big question is will Barça go low enough for Sevilla to be able to afford him?

One of the most complete midfielders in European football who has struggled this season but in the difficult circumstances of playing for a club trying to push him out the door. Still massive amount left to give.

His agent Gerd Vom Bruch’s talks with Barcelona are said to be ongoing but Sport reported this week that the two sides are as far away as ever.

It makes little sense to lose one of the best goalkeepers in the world but much depends on what a buying club would pay for him.

Bayern Munich have shelved their discussions over giving Manuel Neuer a new contract and are considering the Barcelona keeper.

Bayern have already signed Alexander Nübel from Schalke 04 and see the 23-year-old as one the best young keepers in Germany but if they can sign the man most believe is now Germany’s unofficial number one they will.

They signed him for just 12m six years ago. His current value is closer to 90m but with a contract that only runs to 2022 he might not cost as much as that.

By his very high standards he has not had his greatest season at Barcelona with some uncharacteristic mistakes but he remains one of the top five in the world and surely now ahead of Neuer as Germany’s number one.

The one thing that would, for Paris Saint Germain, take the sting out of losing Neymar to Barcelona without him having done what he was signed to do – win the Champions League – would be to sign a French world champion to replace him.

There is no question they want Griezmann if they are to lose Neymar. The question is does El Principito want to skip back to France accepting that, despite his best efforts, it never really worked out for him at Barcelona. All the indications are that he will resist all offers and fight for his place at the Camp Nou.

He cost £106m last season Barcelona would want £88m for him. Of course they would probably end up paying that money right back to PSG as part of the package they put together to resign Neymar.

Consistency. Griezmann might never reach the peaks of brilliance that Neymar is capable of but he performs over the course of a season. We have not seen the best of him at Barcelona but he would compliment Kylian Mbappe in a way that he doesn’t really compliment Messi.

Signed outside of the window because of Ousmane Dembele’s injury Braithwaite has not looked out of place in a Barcelona shirt but could still be sold at the end of the season.

There was interest from Brighton, Bournemouth and Crystal Palace in the then-Leganes forward in January.

West Ham are another that have monitored him in the past. Add Everton to the list and there are a clutch of Premier League teams who will see the value in an unfashionable player who has shown he has something to offer at the highest level.

Barcelona will try to get their £16m back.

What will he bring?

He has pace to run in behind, he can also show for the ball, and he scores goals. He showed in his Camp Nou debut that he also has nerve.

An injury-free Umtiti would certainly fit the bill. Technical director Edu is a fan and tried to sign him last summer.

He is on a long deal until 2023 but Barcelona are happy to let him go because knee injuries and disagreements regarding how best to deal with those injuries have helped push him back to third in line at the club behind Clement Lenglet.

How much would he cost?

They will try to hold out for £35m but they know something closer to £25m is far more realistic.

When he is 100 per cent he is as good as anyone around – physically imposing, quick and able to bring the ball out.