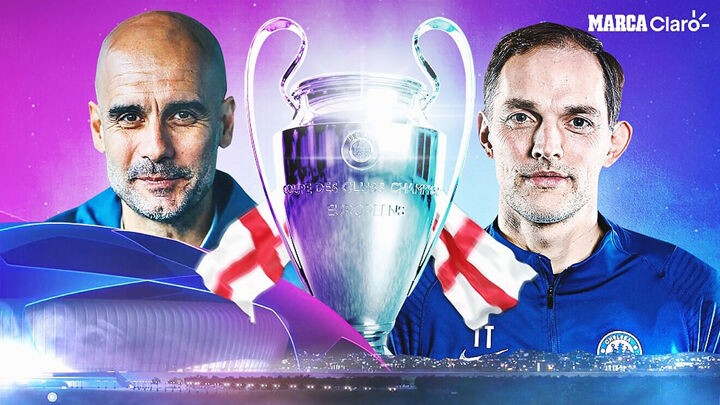 With two-and-a-half weeks to go until the all-English Champions League final, the domestic duties that need taking care of first have a very different look for Manchester City and Chelsea.

With the league title already secured and nothing else to play for, the Citizens have three Premier League fixtures left in which they are free to rotate, rest and even experiment with the squad.

Chelsea, meanwhile, could still finish as high as second or drop out of the top four completely, while they also have an extra game to squeeze into the same period as they have the FA Cup final against Leicester City to look forward to on Saturday.

It's hard to predict what bearing all this will have on the Champions League final on May 29, with the situation having potential pros and cons for both teams.

For Manchester City, the luxury of having the potential to rest key players while being able to focus on just one goal could give them the edge.

On the other hand, three essentially meaningless fixtures present the danger that the Sky Blues could take their foot off the gas and arrive at the showpiece end-of-season finale lacking sharpness.

For Chelsea, having four games to take care of in the time that City will have just three is on paper an obvious disadvantage, but there is no danger of the Blues taking their eye off the ball or going into the Champions League final carrying any rustiness.

Manchester City will have had three weeks with just one goal to focus on, which, while allowing them to be free from distraction, could become too much psychologically, especially with the massive importance the club places on winning their first Champions League, something Chelsea have already done.

The pressure is on City

The Chelsea players will not have that same weight of history and expectation on their shoulders, albeit they will be just as keen to get their hands on the trophy, and a packed domestic schedule won't allow them to overthink the Champions League final.

With the FA Cup up for grabs and their league position still undecided, Chelsea will have to wait a little longer before worrying about their European adventure, which is something they have more experience in than City anyway.

Since being the losing finalists in 2008, Chelsea have gone on to win the Champions League once (2012) and the Europa League twice (2013 and 2019), although it is worth pointing out they lost the corresponding UEFA Super Cup finals in each of those three years.

Nevertheless, that makes a total of seven finals in recent memory, while this will be Manchester City's first since they won the Cup Winners' Cup in 1970.

It's hard to argue that a European final can mean more for one side than the other, but there is arguably more riding on this for City, and they have the better part of three weeks to stew on that.

Time will tell if the extra time allows them to be fully prepared, physically and mentally, for the showdown on May 29 or if the long wait for their date with destiny will increase the pressure on them.

Chelsea have some massive domestic fixtures to deal with first, including Premier League games against Leicester and Arsenal, but they may well find the distraction a welcome one.