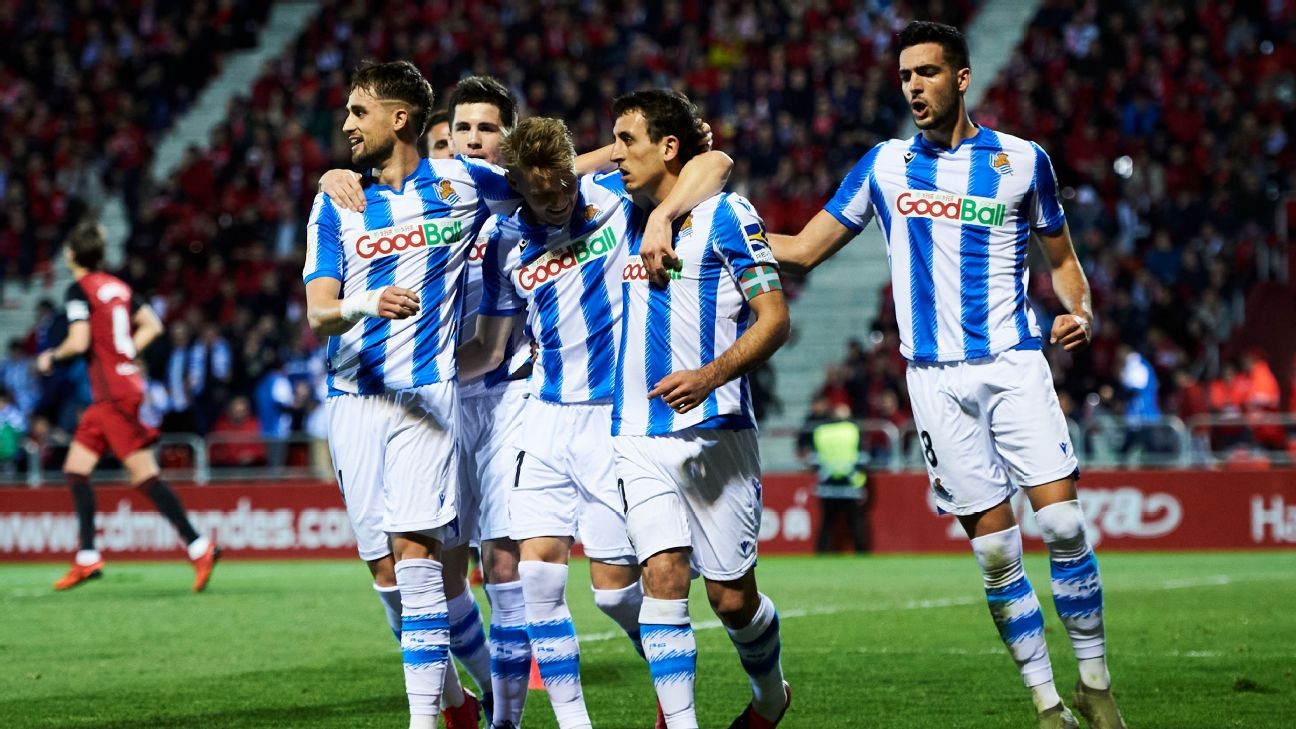 Time is running out for La Liga to complete its season due to the coronavirus crisis, and if the campaign has to be curtailed the Spanish FA will have to come up with some way of deciding a final table for the season.

There's 11 full rounds still to be played, so if La Liga can restart my the middle of June there will be enough time to squeeze in these matches by UEFA's desired deadline of Aug. 2 -- but any further delay will make it more difficult to complete.

Group meetings between players and the coaching staff are also now allowed in some regions if distancing guidelines remain in place.

The next training phase will allow for clubs to start full squad sessions.

La Liga wants to resume on June 12 with games in empty stadiums, staring with the Seville derby -- which may present a real test of fans staying away from the footprint of the Ramon Sanchez-Pizjuan Stadium. Javier Tebas, president of La Liga, said "there will be league games every day."

Last weekend, the Spanish government gave La Liga permission to restart behind closed doors once the whole of Spain moves into Phase 2 of the country's lockdown de-escalation plans.

It is not unreasonable to imagine that the whole of Spain will be ready to enter Phase 2 by June 1 -- though that date is only an indication. If not, then a week later on June 8, which would allow for La Liga to resume on June 12, the date frequently singled out by Tebas.

By that point, players will have had one week of individual training and four weeks of group training. However, while most players consulted by ESPN say they are happy to return to action, there are some who feel more preparation time will be needed. Barca defender Gerard Pique is among those to have said he would like to have longer to get ready for the return of competitive football.

Since the league's suspension in March, Tebas has been adamant it would resume sooner or later. He said in April in a conference call with ESPN he has not even considered alternative ways to decide the table should it prove impossible to conclude it on the pitch. - Sam Marsden

Here, we take a look through a series of models that have been proposed for the Premier League, or used in other competitions, to try to settle matters and see how they could resolve La Liga.

In all models: Barcelona are ranked No. 1, though it remains to be seen if they are champions as they are only two points ahead of Real Madrid. Barca, Real Madrid and Sevilla FC go to the Champions League, while Mallorca, Leganes and Espanyol are relegated.

Using a simple points-per-game format isn't applicable, as all teams have played the same number of games and positions would be unaltered.

JUMP TO: Weighted points per game | Roll back to 19 games

Model A: The table as it stands

What is this? It's as simple as it sounds. The latest La Liga table is used and positions are final. This is the format which is preferred by the Spanish FA, but it is controversial.

What would it mean? Real Sociedad take the final Champions League spot. They edge out Getafe on goal difference. La Liga's first tiebreaker for teams level on points is head-to-head record, but this only applies when the teams have played home and away. So, even though Getafe won away at Sociedad they miss out because the teams have not played each other twice. Getafe and Atletico Madrid go to Europa League group stage with Valencia in the second qualifying round.

The Spanish FA wanted to send Copa del Rey finalists Athletic Bilbao to the Europa League, but UEFA has insisted Bilbao are only entitled to that position if they win the trophy. If it is played and Bilbao are victorious, they would go to the UEL group stage, with Atletico in qualifying and Valencia out of Europe.

Who else has used this? The Dutch Eredivisie has taken the final table, though a simple points-per-game model would not have altered any positions. The Belgian FA has followed suit because all teams in their top divisions had played the same number of games and thus points-per-game isn't relevant.

Pros: It's straightforward for all supporters to understand and requires no mathematical equation.

Cons: It doesn't take into account factors such as home form and difficulty of remaining fixtures.

What is this? Much like points per game, except this format takes into account each team's home and away form to provide an average for each, which is multiplied across a 38-game season.

What would it mean? It actually makes no difference to the key final positions, compared to the table as it stands -- Sociedad do edge half a point in front of Getafe. Barca's lead at the top is reduced, but they keep the No. 1 position.

Who else has used this? It has been suggested as a possible solution in English football. This came after it was used to decide the final tables in rugby union's English Clubs Championship (mens levels 3-12).

Pros: It takes into account home and away form, rather than a more generalised average for each club's form.

Cons: It does not factor in the strength of teams still to play. Some have played most of the top teams at home (giving them a lower average), whereas others have tough run-ins ahead.

Model C: Roll back to 19 games

What is this? This is the league table after each team had played each other once.

What would it mean? Compared to the table as it stands, there would be limited change to the top of the table, though Barcelona would only be ahead of Real Madrid on goal difference. Atletico Madrid would replace Real Sociedad in the Champions League, with Valencia also in the group stage. Getafe would drop into Europa League qualifying -- a position they would lose if Bilbao were to win the Copa del Rey.

How is it calculated? Only the first time each club has played each other is counted.

Who else has used this? It was another solution that received some traction, but was again rejected, in France.

Pros: As each team has played each other once, it removes any argument about which teams may have an easier, or more difficult, set of games remaining.

Cons: It can change a table considerably, and a huge chunk of sporting merit is removed. It also doesn't factor in which teams have had easier home fixtures in the first round of matches.